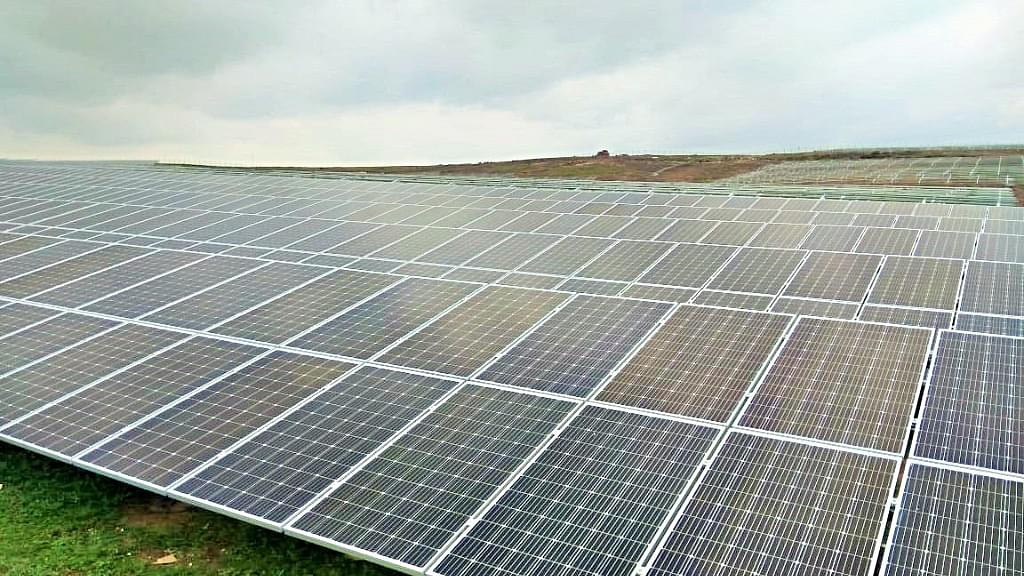 In March 2019, the power generation reached an all-time monthly high of 4.3 TWh and accounted for 38 per cent of the quarter’s overall solar power generated. (image via @RewaSolar/Twitter)

India's dedicated efforts to boost its solar power generation capacity has now added a new feather to its nest full of achievements in the domain of renewable energy. The country for the first time in history has crossed the milestone of producing ten terawatt hours (TWh) of solar energy in a single quarter, reports Clean Technica.

India generated 11.3 TWh of solar energy in the January-March 2019 quarter as per data reported by the Central Electricity Authority (CEA). Furthermore, in March 2019, the power generation reached an all-time monthly high of 4.3 TWh and accounted for 38 per cent of the quarter's overall solar power generated.

It should be noted here that every year's first quarter usually witnesses a jump in power generation due to clearer skies. Also, overall, in the entire financial year of 2018-19, the net power generation in India jumped by a massive 51 per cent over the previous year, reaching 38.9 TWh.

The Government of India has accorded utmost priority to the generation of power from renewable and new sources and aspires to generate as much as 175 gigawatts (GW) of power from the same by 2022. Of that value, India wants to create at least 100 GW of energy using solar energy.