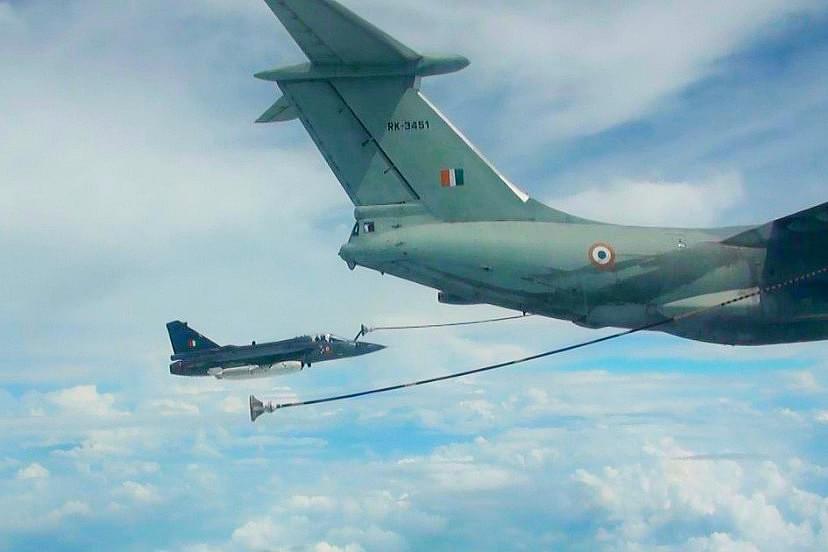 During the refuelling process, over 1,900 kg of fuel was transferred to the fighter jet by an Indian Air Force Ilyushin Il-78 tanker through the air-to-air refuelling probe at an altitude of 20,000 feet, reports have said.

On 4 September, Tejas performed a 'dry' link up an Il-78 tanker. In a dry link-up, a test manoeuvre, there is no transfer of fuel from a tanker to a fighter jet. According to reports, test pilot Group Captain Rajeev Joshi of the National Flight Test Centre flew the 4 September sortie which had taken the aircraft a step closer to getting Final Operational Clearance and being combat ready.

The agencies are expected conduct eight more tests to validate this capability.