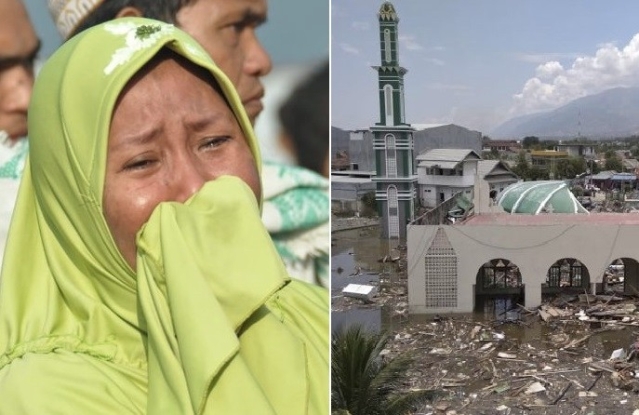 Indonesia's National Disaster Mitigation Agency (BNPB) announced that at least 832 people have died and thousands have gone missing as rescue teams mounted relief operations in the ravaged cities of Palu and Donggala in the province of Central Sulawesi two days after a strong earthquake and tsunami hit the region and left behind a trail of devastation.

On Friday, a series of earthquakes hit parts of Central Sulawesi, one of which reached 7.4-magnitude. The largest earthquake triggered tsunami waves, which were 0.5 to 3 meters high, on parts of Donggala’s coast and Talise Beach in Palu.

Indonesian Vice President Jusuf Kalla feared that death toll could climb into thousands as rescuers are yet to locate many victims and relief operations are yet to reach few remote disaster-stricken areas.

Hundreds of people were on the beach in Palu for Pesona Palu Nomoni festival when the earthquake and tsunami struck and is likely that the giant waves swept many people away to their deaths.

Around 16,372 people are reported to have been displaced by the catastrophe and are currently housed in over  24 relief  camps around the region.