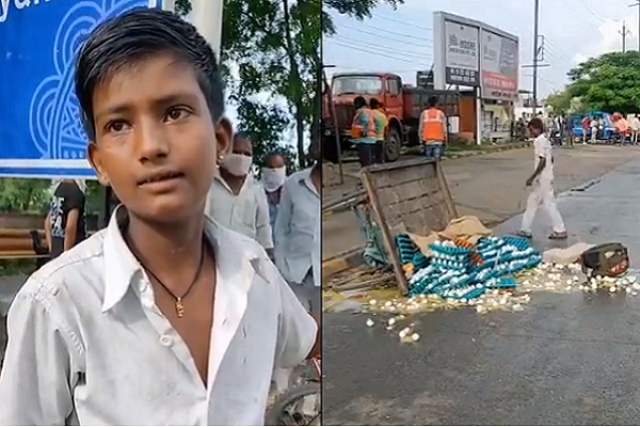 Indore's civic officials have been accused of overturning a egg cart of a small boy after he refused to pay them Rs 100 in bribe, Bhaskar has reported.

A video captured in the aftermath of the incident went viral on twitter.

Here the boy telling about the bribe demanded by the babu 2/2 pic.twitter.com/EQ3I7wW8Sk

In the videos one can see the distraught kid looking at scores of destroyed eggs while also attempting to confront the officials from the distance.

While speaking to the twitter user who posted the video, the kid said that the officials initially asked him to leave the area and then began demanding a Rs 100 bribe.

As per the Bhaskar report, the officials had warned that the egg cart would be seized if he did not leave the spot. They later also began demanding a bribe which was refused by the boy and his family. The officials then overturned the cart.

As per the family, they were already struggling to make enough sales to earn a livelihood and now are reeling under the loss of inventory.