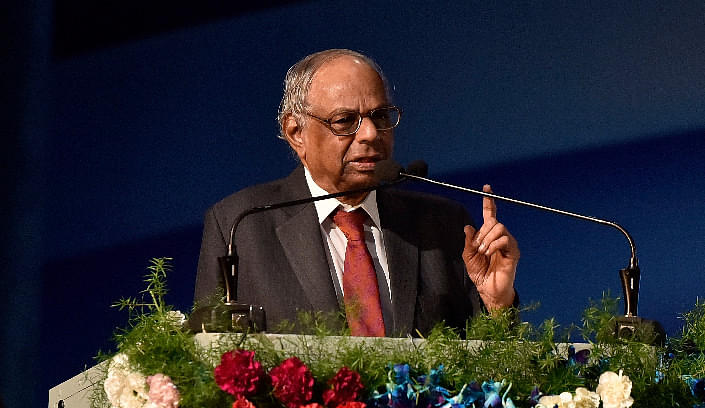 Former Reserve Bank of India (RBI) governor C Rangarajan on Thursday (16 November) said the inflation, which rose to 3.58 per cent in October, may ease by December and end up below 4 per cent by the end of the current fiscal.

Rangarajan said he thinks this is the end of the season when prices rise as far as food articles are concerned. There will be a seasonal decline in food prices by next month. “Therefore I believe that, now that the monsoon has also been good, the food prices may come down rather than further rise,” the former governor of the RBI said.

He was speaking on the sidelines of a lecture by Rathin Roy, the director of National Institute of Public Finance and Policy, organised by the ICFAI Foundation for Higher Education in Hyderabad.

“It (the inflation) could be close to four per cent limit is what we are talking about. It should be four per cent or slightly below that,” he further said.

The wholesale inflation rose to a seven-month high in October as prices of food articles, led by onion and vegetables, witnessed a sharp rise.

Rangarajan, however, refused to answer whether the RBI would consider the inflation rate while determining the policy review next month. Earlier in his address, he said the government’s role as producer of marketable goods is coming down. The government’s role as a regulator is very important given the prevailed market conditions to ensure that the system and structure remain competitive, he said.

“The role of the government as producer of public goods and services has definitely increased. Whether we accept it or not there is an increasing demand on the government to provide what they call public goods which are broadly defined as primary education and primary health and so forth,” Rangarajan said.

Rathin Roy, who was also a member of the N K Singh committee on the new fiscal responsibility and budget management (FRBM) law, stressed on the need for fiscal prudence. (PTI)