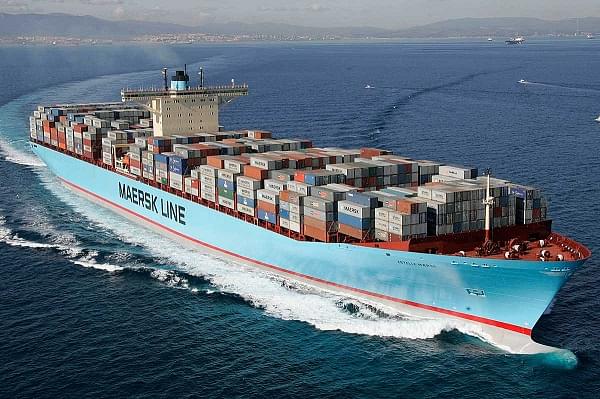 In a major boost to the Union Government's push for transportation through inland waterways in India, Patna to Haldia route of National Waterway-1 (Ganga river) witnessed on Wednesday (31 July) the movement of the biggest cargo shipment through the waterway route, reports Asian News International (ANI).

Fifty-two containers belonging to Adani Logistics were loaded on Invald vessel MV Bhavya and set sail, carrying edible oil for Adani Wilmar. The batch will reach its destination in 9-10 days after covering a distance of 955 kilometers.

An official release from the Inland Waterways Authority of India (IWAI) read that the development stands testimony to the readiness of the National Waterway-1 in providing a seamlessly enabled fairway.

Now, IWAI is set to deliver to the nation, the Rs 281 crore MMT at Sahibganj of Jharkhand, and also Rs 517 crore MMT at Haldia which is at penultimate stages of completion. With the operationalisation of the MMTs, IWAI aims to increase the cargo transportation through waterways in India from 72 million tonnes to 120 million tonnes by 2023.