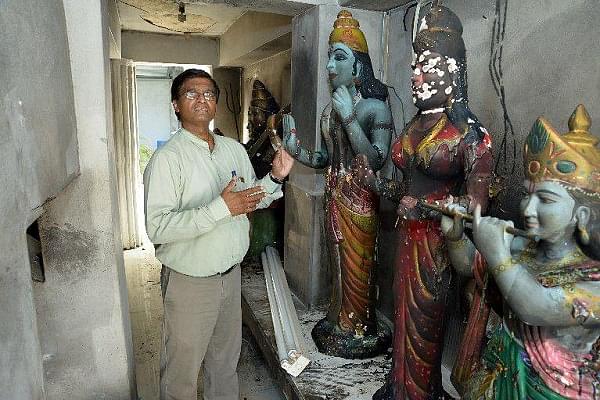 A group of three miscreants broke into SWAHA Shree Ram Dhaam temple and set fire to idols present inside in the Diego Martin town of Trinidad and Tobago on Sunday (9 June), reports Trinidad Express.

Thankfully, CCTV cameras were able to record the incident, so it will be easier for investigators to catch the culprits. From the footage it looks like the intention of the arsonists was to set the entire temple on fire.

The head of the temple Pundit Manideo Persad expressed his grief over the incident, and his confusion over why someone would do this.

Hinduism is the second-largest religion in Trinidad and Tobago, with around 18 per cent of the country’s population following it, mainly from the Indo-Trinidadian and Tobagonian community.

Most of the people of Indian descent on the island were brought there during colonial times by the British as indentured workers to work on plantations.