Invest In India: Govt Pitches For Japanese Companies As They Move Out Of China 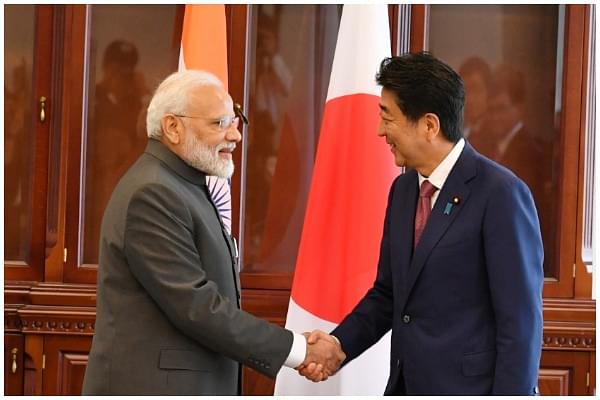 India is making a pitch for attracting Japanese companies in the post Covid-19 scenario after the Japanese government announced incentives for its companies to move out of China.

Invest India has prepared a paper on "Why is India the best place for Japanese investments in the post Covid-19 world" authored by Devika Chawla, Strategic Investment Research Unit, and Seerat Kohli, Japan Plus, Invest India.

The paper has also been put up on the Twitter handle and Facebook page of the Indian embassy in Japan.

Invest India is a non-profit venture under the Department for Promotion of Industry and Internal Trade, Ministry of Commerce and Industry. It is the National Investment Promotion and Facilitation Agency of India and acts as the first point of reference for investors in India.

The paper argues that there is widespread uncertainty about China's future global role and trade practices.

It examines the recent announcements by the Japanese government offering massive incentives to their companies to move out of China and argues why Japan should look towards India as the foremost destination for diversifying its supply chains away from China.

The implications of this package will be wide and far-reaching, both in terms of geopolitics as well as economics. Specifically, the decision to promote relocation of Japanese companies away from China, its largest trading partner, indicates a growing consensus in Japan to move its supply chains back to the country, or to other preferable countries such as Vietnam, Thailand and India.

It points out that China has been rapidly losing its attractiveness among Japanese countries for a while now, an example of which can be seen from the fact that about 159 Japanese companies operating in China have relocated to comparable countries like Vietnam and Thailand.

"Such diversification and shifting of Japanese firms away from China is estimated to create a $730 billion economic opportunity for developing geographies like ASEAN and India.

"The ongoing COVID-19 crisis presents a golden opportunity for India and Japan to further boost their already successful relationship,", the paper argues.

There is little doubt in anyone's mind that the post-Covid world will be starkly different from the one preceding it in many significant ways as the world looks towards an economic and social reset, it said.

"Among other things, this pandemic has highlighted the world's over-dependence on China, particularly in areas such as medical equipment and medical textiles, as a result of which, there has been a growing consensus between and within countries such as India and Japan about not only promoting their domestic industries but also diversifying their reliance on China for manufacturing activities," it said.

The paper points out that these convergences bring Indian and Japanese interests closer and the opportunity presented by Japan's announcement of funding its multinationals to relocate away from China, must be fully leveraged by India as the most preferable destination to secure such investments from Japan.

India has a variety of factors and reasons to be the favourite destination for Japanese investments, including its global role and position as a key international player capable of replacing China, its large market size offering immense opportunities for trade, its consistently strong growth rates, its vast pool of cheap yet skilled labour and last but not the least, its open and democratic values, a major feature that differentiates India from China.

"A deepening of the Indo-Japanese relationship proves a win-win for both; promoting India as the prime place for Japanese companies to invest in, goes a long way in that direction," it said.