India To Play Test And ODI Series With Pakistan In Dubai? 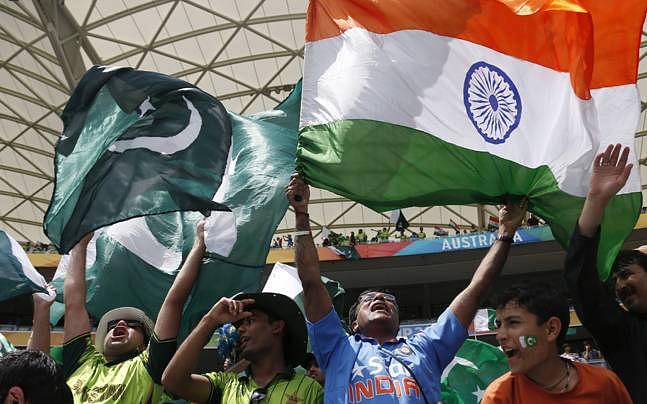 Indian and Pakistani fans during a cricket match.

India may play Pakistan in Dubai later this year, India Today has reported, claiming that the two countries would be seen battling each other in a series consisting of three Tests, five one day internationals and two Twenty20 internationals.

But, wait. Tone down the excitement for now, as the proposal hasn’t received the Indian government’s approval, and could be scuttled in view of deteriorating relations between the two countries. This proposal, moved by the Board of Control for Cricket in India, aims to complete the body’s obligations under the Future Tours and Programme (FTP) agreement, which was inked in 2014.

The two arch-rivals have only played at International Cricket Council events since 2012 and all bilateral series have been either canceled or postponed.

According to the FTP, it was Pakistan’s turn to host India in 2014, which could not materialise. Attempts by former BCCI president Shashank Manohar and Pakistan Cricket Board (PCB) chief Shahrayar Khan to negotiate a bilateral series were derailed by Shiv Sena-led protests, which argued that the country continues to occupy Indian territory and kills Indian Army personnel.

Because of the poor security situation in Pakistan, any bilateral series that the PCB hosts is organised in Dubai. BCCI has written to the government seeking its permission to finalise the tour.