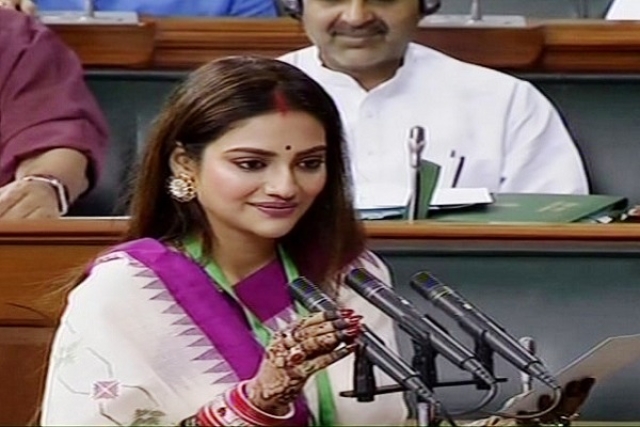 The International Society for Krishna Consciousness (ISKCON) has extended an invite to Trinamool Congress’s Basirhat MP, Nusrat Jahan as its special guest for the inauguration of the Ratha Yatra festival this Thursday (4 July) for her stand on religion and inclusiveness, reports Times of India.

Jahan, who married Kolkata based businessman Nikhil Jain after the election in a Hindu ceremony, was criticised by Muslim clerics for marrying a non-Muslim. A fatwa was also issued against her for wearing sindoor.

ISKCON in a statement said, “It (her stand) matches ours. We are not strictly religious despite being a spiritual organisation that promotes Bhakti and Vaishnav ideals,”

ISKCON spokesperson Radharaman Das said. “We have people of all faiths from across the globe as our devotees, who bring their varied ethnicities to ISKCON and enrich it. We find Jahan’s stand to be totally in sync with our ideals and have decided to celebrate it.”

Jahan released a video congratulating ISKCON for organising the Rathayatra, and asked people to join the celebrations. She said, “I was, I am and I will continue to be secular till the end, come what may. My thought process of respecting all religions does not change.”