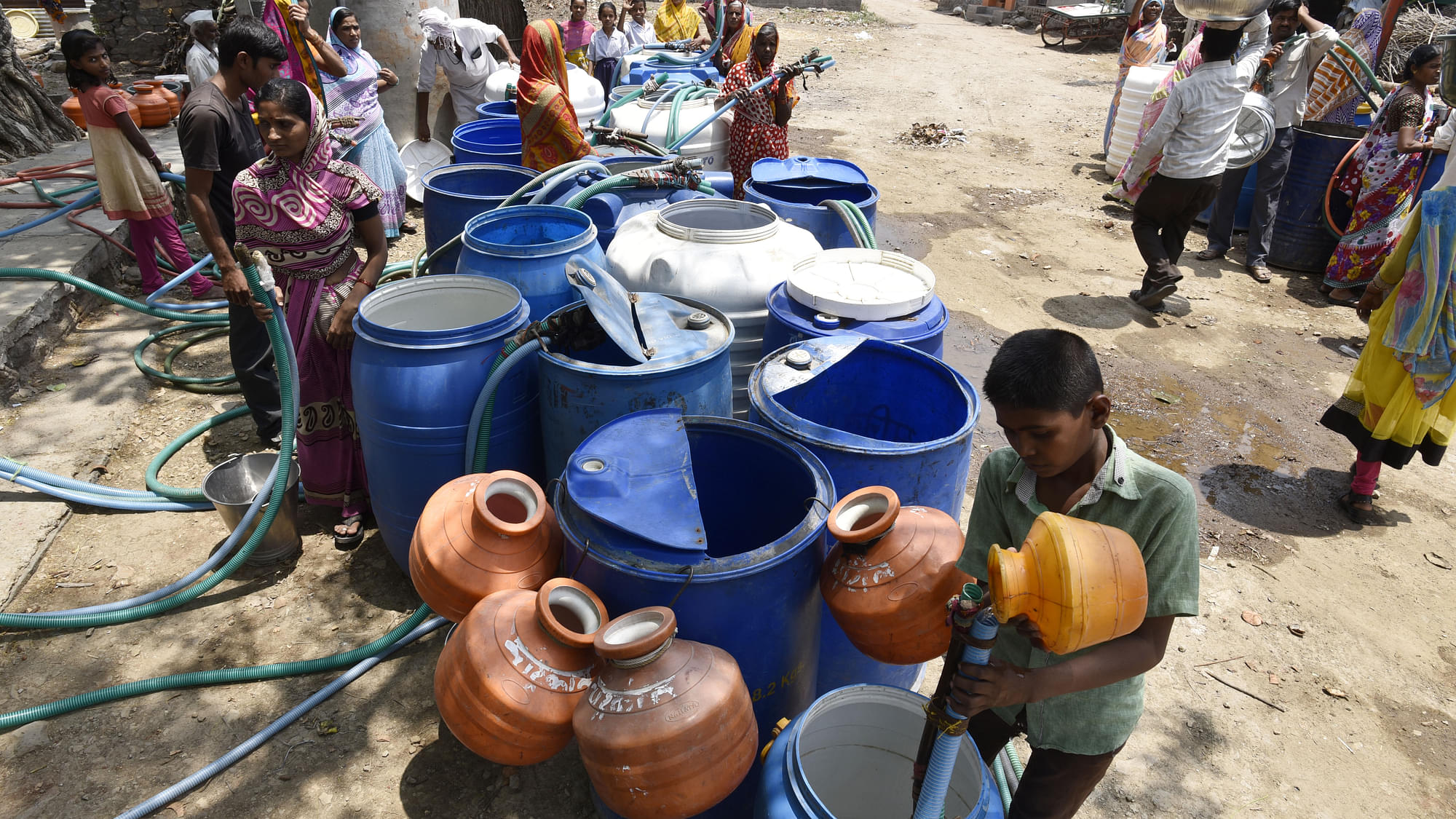 Water stress: Villagers of Masurdi in the Latur district of Marathwada region wait for the water tanker. (Anshuman Poyrekar/Hindustan Times via GettyImages)

In it’s largest non-defence project in India, Israel has been roped in by the Maharastra government to help in solving Marathwada’s water woes, Mid Day has reported. The region is often in news due to its recurring droughts and water scarcity.

Being a nation with 60 per cent of its land area being a desert, water scarcity is an issue the nation faced since its foundation in 1948. However, the country is now an example of how proper water management can help water-scare areas become plentiful.

Israel’s national water carrier, Mekorot, has hence been tasked with helping in design the Rs 10,000 crore water grid for Marathwada, making it the largest non-defence project in India. An MoU for the same had been signed during Israeli Prime Minister Benjamin Netanyahu’s visit to Mumbai an year ago.

Israeli engineers who are now in Marathwada have been surveying the region for the last eight months. A masterplan created by Merokot has been submitted to the Maharastra Cabinet and the plans for Aurangabad and Jalna have been sanctioned.

The water grid will be designed as loop system to impart reliability to the grid. Even if a portion of the grid is damaged or failing, water supply can continue through alternate paths ensuring availability. A total of 11 dams will be interlinked as part of the plan with the system ensuring that none of the dams go completely dry.