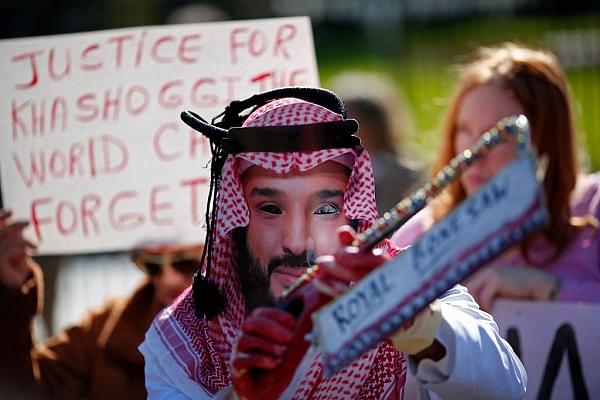 In August, Snowden had claimed that a software made by an Israeli cyber intelligence firm NSO Group Technologies was used by Saudi Arabia to target Khashoggi in the lead up to his murder on 2 October inside the Saudi Consulate in Istanbul, Turkey.

Snowden had also charged the Israeli NSO firm of “selling a digital burglary tool” and said that even if some good actors are using their software, “it is not just being used for catching criminals and stopping terrorist attacks…not just for saving lives, but for making money…such a level of recklessness…actually starts costing lives.”

The “Pegasus” software developed by NSO Group Technologies can be used to remotely infect a target’s mobile phone and then relay back the data accessed by the device. NSO has however maintained that its products “are licensed only to legitimate government agencies for the sole purpose of investigating and preventing crime and terror”.

According to Haaretz‘s investigative report, NSO Group representatives met with Saudi intelligence officials in Vienna in 2017 to demonstrate the powerful and easy hacking capability of its advanced Pegasus 3 system.

This system uses a mere SIM card number to turn a person's phone into an all-purpose spying device sweeping up the user's voice conversations, camera, messages, and social media usage.

The reports claims that during a June 2017 meeting, NSO officials made a Power Point presentation of the system’s capabilities to senior Saudi official Nasser al-Qahtani and to demonstrate the capabilities requested him to go to a nearby mall, buy an iPhone and give them its number.

During that meeting the Israeli Tech companies showed how this was enough to hack into the new phone to record and photograph the participants in the meeting.

The Saudi delegation while negotiating a $55 million deal with NSO, asked the company’s help in unravelling the identities of dissident Saudi Twitter accounts.

Despite never having recognised the Israeli state, Saudi Arabia and Israel have grown increasingly closer in recent years, and have forged a covert intelligence sharing partnership in their strategic battle against Iran.