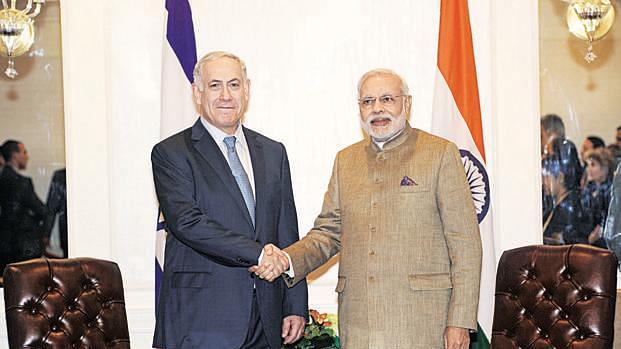 A senior official at the Ministry of External Affairs confirmed that Prime Minister Narendra Modi’s visit to Israel will be reciprocated by Israeli Prime Minister Benjamin Netanyahu at the end of 2017.

Modi is visiting the Jewish state in the first week of July, a first for an Indian Prime Minister. Officials say the visit will see Israel upgraded to the level of a ‘Strategic Partner’ in matters such as agriculture, space, science and technology, as reported by The Hindu.

Speaking to a group of journalists, Israel’s Ambassador to India Daniel Carmon said the Israeli cabinet cleared the strategic partnership on non-security issues on 24 June.

Read our special issue on Israel here: Passage To Israel

Beyond Transactional Ties, A 10-Year Roadmap For India-Israel Relations

Israel Is India’s BFF: Modi’s Visit Will Bring This Critical Relationship Out Of Purdah