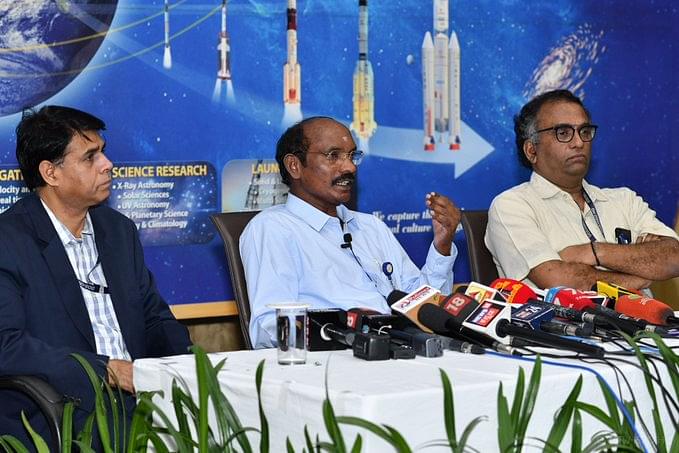 Indian Space Research Organisation (ISRO) has plans to set up space-to-space tracking and communication of its space assets this year by putting up a new satellite series called the Indian Data Relay Satellite System (IDRSS), reports The Hindu.

The IDRSS will constantly be in touch with Indian satellites, in particular “those in low-earth orbits which have limited coverage of earth”.

According to K Sivan, ISRO Chairman and Secretary, in the coming years, it will be vital for ISRO which has ambitious plans in manned space travel and for that to be a success advanced LEO missions such as space docking, space station, as well as distant expeditions to moon, Mars and Venus, IDRSS will be useful in monitoring launches.

IDRSS’ first beneficiary would be the crew members of the Gaganyaan mission of 2022 who can be fully and continuously in touch with mission control throughout their travel.

Dr Sivan said, “When we have the Gaganyaan mission we want it to be covered and be visible 100 per cent so that action can be taken in any exigency.”

“We require the IDRSS system when our astronauts are in space. But I would prefer the relay spacecraft to be in place even before we launch the unmanned mission,” Dr Sivan said.

US and Russia who are leaders in manned space missions placed relay satellite systems in the late 1970s-80s to monitor their respective space stations Mir and the International Space Station, and trips that dock with them, as well as the Hubble Space Telescope.

Dr Sivan said, “IDRSS satellites of the 2,000 kg class would be launched on the GSLV launcher to geostationary orbits around 36,000 km away. In such apparently fixed orbits, they would be covering the same area on earth. A satellite in GEO covers a third of the earth below and three of them can provide total coverage.”