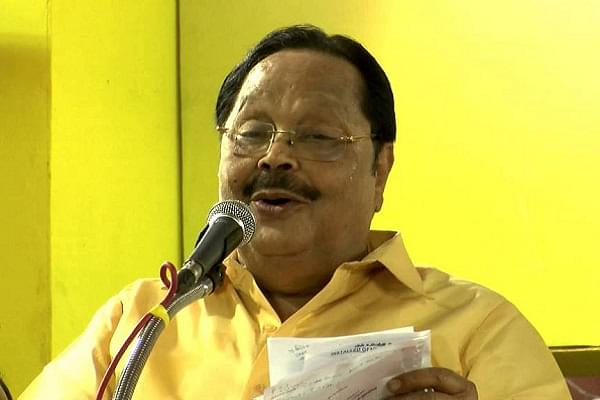 The Income Tax department on Monday (1 April) recovered a large amount of cash during its ongoing raids on the premises of DMK treasurer Durai Murugan and his aides, New Indian Express has reported.

This cash allegedly meant for voters during the upcoming elections was recovered from a cement godown located inside the residence of DMK's Katpadi town panchayat secretary Seenivasan. This house is located in the Vellore district’s Pallikuppam.

The unaccounted cash to the reported tune of Rs 9 crore was kept in small denomination notes was stuffed in cartons, gunny bags and was to be distributed in various wards.

An alleged video of the seized cash was shared by BJP leaders.

“The cash shifted from Kingston College (Durai Murugan Educational Trust), Vellore, to a cement godown in the night between 29 and 30 March due to botched up operation by the State Police and revenue authorities was found by the IT team”, the Income Tax department said in a statement.

Two teams of the Income Tax department started their raids at around 9 am and one of the locations included the residence of Seenivasan’s sister.