‘It May Have Banned Liquor, Bombs’: Dowry Returned By Lalu’s Wife Rabri Refused By Daughter-In-Law’s Family 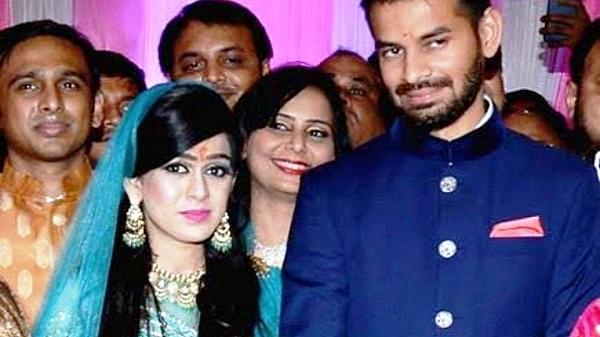 After jailed politician Lalu Prasad Yadav’s wife Rabri Devi sent a package to her estranged daughter-in-law Aishwarya’s family, the latter refused to accept it by claiming that it might have explosives, Hindustan Times has reported.

Aishwarya Rai got married to former Bihar health minister and Lalu’s elder son Tej Pratap Yadav in 2018 but the marriage soon ran into trouble, with the latter filing for divorce.

It was recently reported that daughter-in-law Aishwarya had accused Rabri of assaulting her and pulling her hair.

Subsequently Rabri Devi decided to “return back” the dowry she received from Aishwarya’s family, but the package was refused by her father. This decision to return the goods was taken after Devi received a notice from women’s helpline regarding the same.

Aishwarya’s father was quoted as alleging that the proper procedure to send the goods was not followed that Lalu’s family might have either slipped illicit liquor or explosives to put him into trouble.

“As per the law, an inventory list shall be prepared in front of magistrate and police officer before dispatching the articles. How can I accept them, as the consignment might carry some contraband like liquor or explosive”, an angry Chandrika Rai was quoted as saying.