Jaish-Ul-Hind Claims Responsibility For Dumping Car With Explosives Near Ambani House; Threatens To Ram SUV Into His Sons 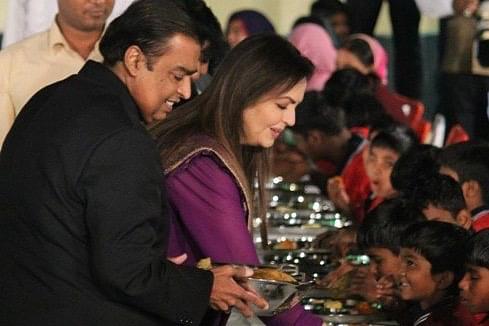 An outfit named Jaish-ul-Hind has claimed responsibility for placing a car laden with explosives which was found near the residence of the industrialist Mukesh Ambani earlier on Thursday (25 February), reports Times Now.

The organisation claimed responsibility by posting a message on the social media platform Telegram and has also demanded bitcoins from the billionaire industrialist. However, the official confirmation from Mumbai Police is still awaited.

The organisation also stated, “The brother who placed the SUV near the Ambani house has reached the safe house. This was just a trailer and big picture is yet to come".

Reportedly, around 20 gelatin sticks were found in a green SUV abandoned on Carmichael Road in Mumbai’s posh Pedder Road area. The SUV had a wrong number plate and was found about 600 metres away from Ambani’s house.

A handwritten letter in broken English addressed to Mukesh and Neeta Ambani was also found in the car.

The writers called the planted explosives a 'trailer' and threatened to return later with more preparations to assassinate the whole family. The security has been increased outside the Ambani house.