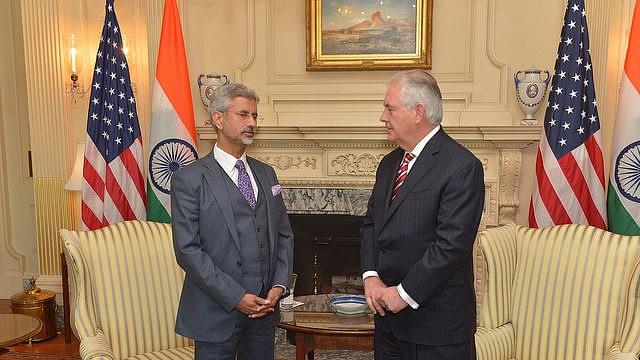 In an attempt to sensitise the Trump administration of the repercussions of restricting H-1B visas and express concerns over the security of Indian nationals, Foreign Secretary S Jaishankar met US Secretary of State Rex W Tillerson yesterday (3 March).

A part of the Foreign Secretary’s four-day tour of the United States, this meeting saw the two officials discuss various bilateral issues, ranging from terrorism to Asia-Pacific and Afghanistan. He said,

Obviously, a lot of focus was on US-India rather than other countries. But, we did discuss the global strategic landscape and exchanged ideas. In a sense, we are the continuity part of this relationship. In the meetings with the Secretary of the State, with the national security advisor, we discussed Asia-Pacific, Afghanistan. We discussed the challenge of terrorism.

The bilateral bonding seems to be paving the way for Prime Minister Narendra Modi’s proposed visit later this year in response to the invitation by the US President. Modi is also expected to meet Trump on the sidelines of the twelfth summit of the Group of Twenty (G20) in Hamburg on 7-8 July this year.

Also Read: How The India-US Ties Will Pan Out Under Trump, The President And Dealmaker