Jammu and Kashmir: Security Forces Gun Down Top Lashkar Terrorist Accused Of Shooting A Baby Girl And Three Others In Sopore 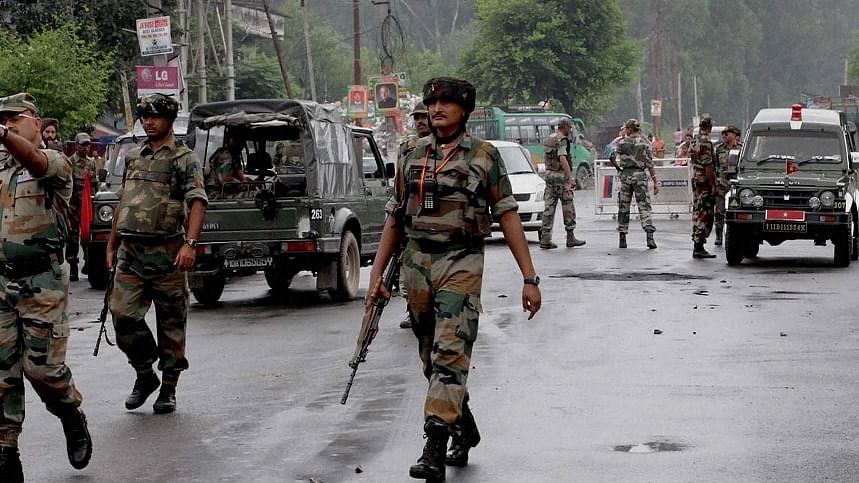 According to Jammu and Kashmir police, he was accused of firing at and injuring a fruit trader and his three family members last week. Among the injured was a two-and-a-half-year-old girl. Earlier, he had also shot at a migrant labourer Shafi Aalam in Sopore.

The terrorist has been identified as Asif Maqbool Bhat of LeT.He was responsible recent shoot out and injuries to 03 family members of a fruit trader of Sopore The injured also included a young girl.
Was also responsible for shooting at Migrant labourer Shafi Aaalm at Sopore. https://t.co/gsApDbHxlT

As per the information received, he was tracked down at a crossing in Sopore while travelling in a car. Seeing the forces, he opened fire and was killed in retaliation.

Earlier on Monday (9 September), The Jammu and Kashmir police had arrested eight Lashkar-e-Toiba (LeT) terrorist associates involved in threatening and intimidating locals. They were also arrested from the Sopore area of Baramulla district in south Kashmir.

The eight terrorist associates were arrested for publishing and circulating threatening posters in the locality on the behalf of LeT.

According to intelligence officials, terrorists have turned to civilian killings and violence to create a fearful atmosphere as Pakistan tries to send more terrorists into the valley. Taking the severity of the situation into consideration, the security forces have been on alert and conducting search operations.