Japan’s Masazo Nonaka, Recognised By Guinness World Records As The World’s Oldest Man, Passes Away At 113 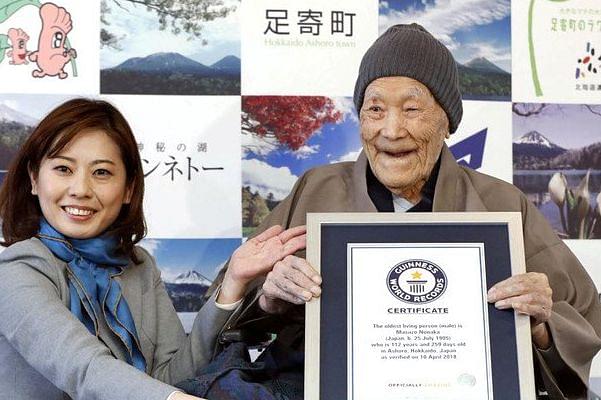 Born in 1905, Masazo Nonaka was the world’s oldest man. (pic via Twitter)

The world’s oldest man - Japan’s Masazo Nonaka has passed away at the age of 113. He died in the morning’s wee hours on Sunday (20 January). He was sleeping at his home in Ashoro and the death was due to natural causes, his granddaughter Yuko Nonaka said.

His family has run the hot springs inn for four generations now and was awarded the title of world’s oldest living man by Guinness World Records back in April 2018. He was 112 years and 259 days old at that time. Nonaka was born on 25 July, 1905 and took over the task of managing the hot springs inn from his parents. The place is now 106 year-old.

Nonaka was pronounced dead by the family doctor. Yoko’s elder sister took notice when he stopped breathing and brought-in the doctor for a check-up.

Economic Times quoted her as saying, “He didn't have any health problem... He went peacefully and that's at least our consolation.”

While Nonaka lived at the inn, he moved around in a wheelchair and would take a dip in the hot springs regularly. He outlived his wife, three out of five of their children and all his seven siblings.