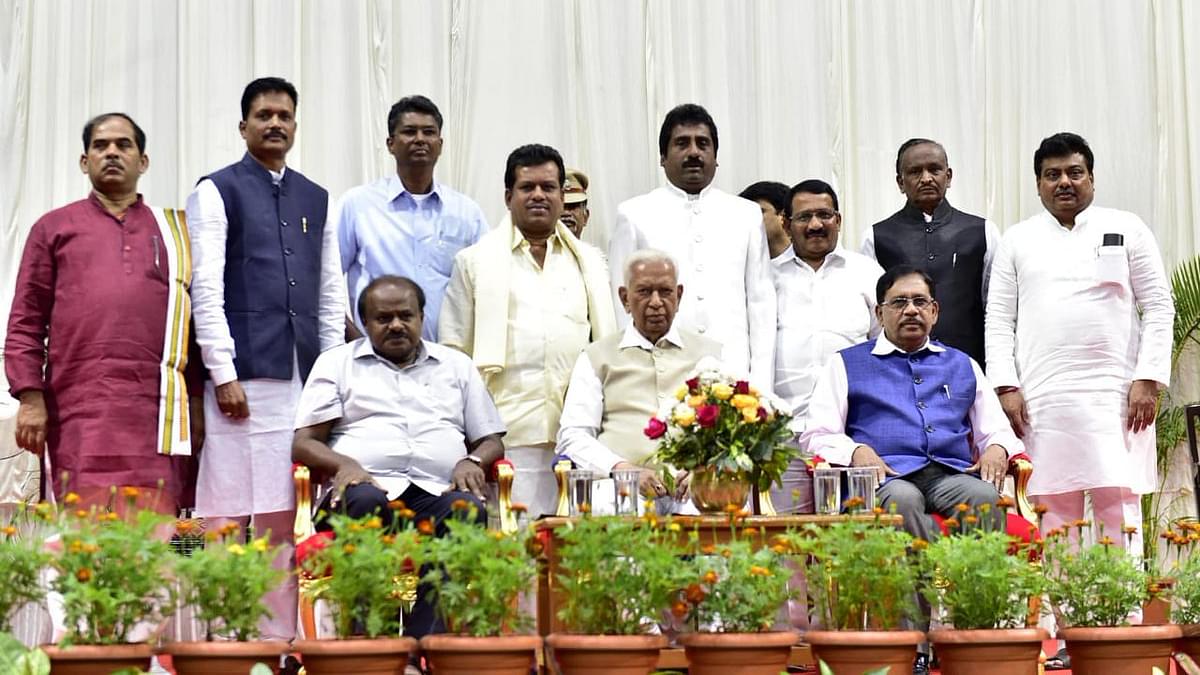 Newly inducted ministers in the Karnataka cabinet pose for photographs with CM HD Kumaraswamy and the Governor of Karnataka. (Photo Via Twitter/CMofKarnataka)

After much dissidence within the ruling coalition for not expanding the Cabinet in Karnataka, the JD(S)-Congress combine has finally inducted eight new ministers, all of them belonging to the Congress party. The oath of office was administered by Governor Vajubhai R Vala at Raj Bhavan in Bengaluru, reports Zee News.

However, the expansion has reportedly not gone down well with senior Bengaluru leaders like Ramalinga Reddy, Roshan Baig and Krishnappa who were aspirants for ministerial berths.

While seven of the new lawmakers took oaths in Kannada, Rahim Khan, MLA from Bidar North Assembly constituency swore the oath in English in the name of Allah.

Apart from the six vacancies being filled, two incumbents, Ramesh Jarkiholi and R Shankar, were dropped to fill in others. The names were reportedly approved after a meeting between state leaders with party president Rahul Gandhi on Friday (21 December).

The expansion still leaves two ministerial berths vacant but the JD(S) decided against inducting any ministers from its party, since this month is considered ‘inauspicious’.