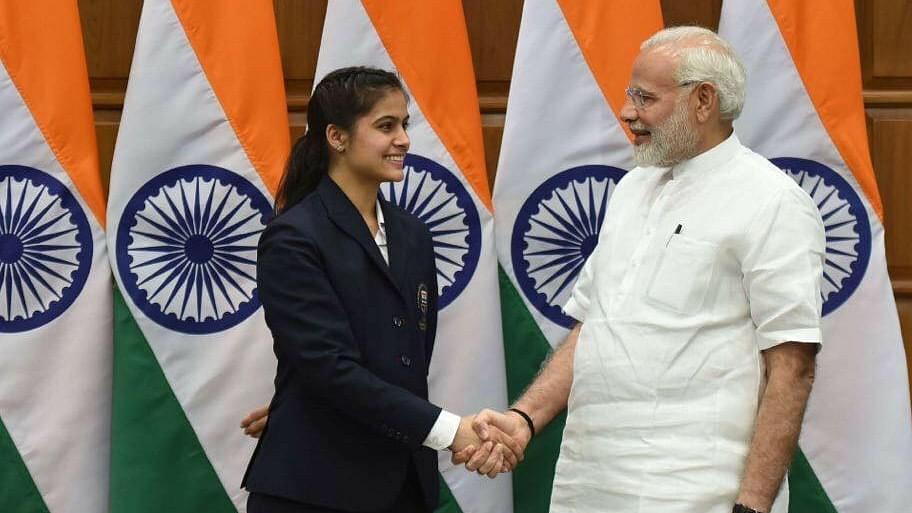 Manu Bhaker meeting the prime minister before departing for the youth olympics.

India has just topped its best-ever count at a Youth Olympic Game by winning its second gold medal on back to back days. Having won three silver medals, India won their first gold medal at the 2018 Youth Olympic Games in Buenos Aires, Argentina with Jeremy Lalrinnunga lifting 150kg on his last try for a consolidated 274kg on October 9. This was India's first among the two medals won at the Youth Olympics, making this a moment for the history books. In the two Youth Olympics preceding this, India's best performance was two medals in the 2014 Youth Olympics at Nanjing, China.

In Men’s 62kg Group A weightlifting, Jeremy posted successful attempts of 120kg and 124kg in snatch and 142kg and 150kg in clean and jerk. With his best successful efforts in 124kg snatch and 150kg clean and jerk for a combined 274kg, the 15-year-old won the gold medal. Toptas Caner of Turkey won the silver medal for a combined lift of 263kg, and Estiven Jose Manjarres of Colombia won the bronze medal with 260kg.

The gold highlights Lalrinnunga's guts following his World Youth silver medal. Not long ago, Lalrinnunga won a silver (youth) and a bronze (junior) in the Asian Championships, while breaking two national records.

Manu Bhaker went into the event in fine form after having a great 2018 season, and she did not disappoint, she bagged a Youth Olympics Gold.

Bhaker stamped her position in the Qualification rounds by completing first with an instructing score of 576. Russia's Iana Enina completed finishing second with 569 followed by Kaiman Lu of China in third. A total of twenty contenders fought for the best eight spots in the qualifiers to win a place in the finals.

In the finals, Manu Bhaker went into the lead in the wake of shooting amazingly with her initial five shots.

India is represented by 46 competitors – their largest contingent – at the third Youth Olympic Games with over 13 disciplines, as reported by TNIE.