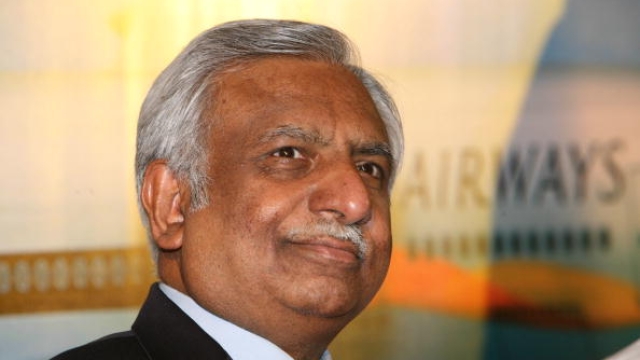 Jet Airways founder Naresh Goyal and his wife Anita Goyal were stopped from flying to Dubai by immigration authorities in Mumbai on Saturday (25 May), Livemint reports.

"At around 3:35 pm the duo had boarded an Emirates aircraft EK 507. The plane was at the taxiway when it was called back by air traffic control. The two were deplaned owing to some immigration clearance issues," a person with direct knowledge of the matter said.

"Emirates is co-operating fully with the relevant authorities and we abide by the laws of the various countries we operate in," a spokesperson from the Dubai-based airline said in a statement.

Usually, immigration stop citizens from travelling abroad based on look-outs from the Enforcement Directorate (ED), CBI, SFIO and the local police. The Ministry of Corporate Affairs (MCA) and the ED are currently investigating books of the grounder airline and its wing, Jet Privilege for any alleged fund diversion.

The MCA along with the Serious Fraud Investigation Office (SFIO) issued a lookout circular against the Goyals. “MCA has sent a request for LOC to Intelligence bureau upon which the immigration Dept has enacted today," a government official said.