Jio, Reliance Retail Account For Over 40 Per Cent Private Equity And Venture Capital Investments In 2020 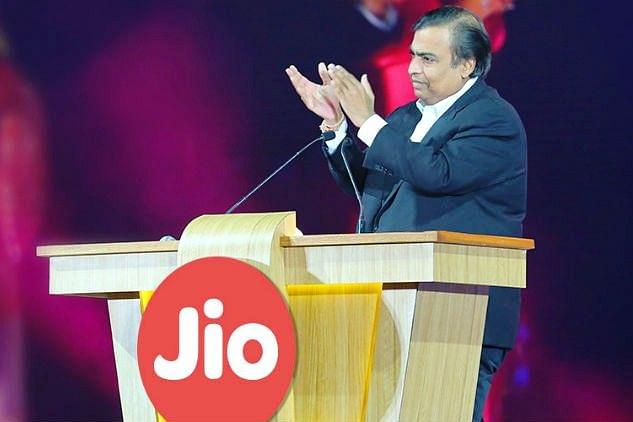 Investments in Jio Platforms and Reliance Retail account for more than 40 per cent of private equity and venture capital investments in 2020 between January-September.

According to the IVCA-EY PE/VC roundup, the January-September period recorded investments worth $28.9 billion across 686 deals, on the back of $11.7 billion invested in Jio Platforms and Reliance Retail by a group of PE/VC funds.

Exits recorded $3.6 billion across 100 deals, with exits worth $2 billion in the financial services sector.

Vivek Soni, Partner and National Leader Private Equity Services, EY said, "Headline numbers for PE/VC investments in 2020 till date have been far better than anticipated, primarily because of the large investments in the group entities of Reliance Group (Jio Platforms and Reliance Retail) that happened in 2Q20 and 3Q20".

"PE/VC investments in 2020 till date (ex-Jio Platform and Reliance Retail deals) closed at $17.2 billion, 53 per cent lower than the same period last year, the lowest in the past four years. Ex-Reliance Group investments, we expect Indian PE/VC investments to close the year at around $24-28 billion," he said.

At $2.9 billion for the Jan-Sept period, buyouts recorded a 79 per cent year on year decline in 2020 while at $3.6 billion, exits were at a six-year low for the January-September period.

Sectors focused on essential goods and services like pharma, telecom, digital technology, edtech, etc. have received a major chunk of PE/VC investments while some of last year's favourites like infrastructure, real estate and financial services have witnessed significant decline in investment flow.

All deal segments recorded decline in PE/VC investments with buyouts being the most affected.

With valuations impacted significantly, PE/VC backed exits too have slowed considerably, declining by 54 per cent on a y-o-y basis to $3.6 billion in the January-September period. Exits are expected to remain muted for a considerable time in the absence of secondary and strategic deals as funds hold on to investments till valuations recover to reasonable levels.

Fundraising activity also saw a 45 per cent decline between January-September 2020 as LPs remained focused on managing their larger public market portfolios and restricted their new commitments to tried and tested funds only.

With the global and domestic economy still reeling under the effects of the Covid-19 induced slowdown and India witnessing one of the worst GDP contractions in history combined with other head winds like trade wars, border skirmishes, possibility of second wave of infections and the impending US elections, the improvement in PE/VC investment activity is expected to remain circumspect over the medium term. While PE/VC investment activity has picked up from the lows of 2Q2020, it is still significantly lower than 2019 levels.