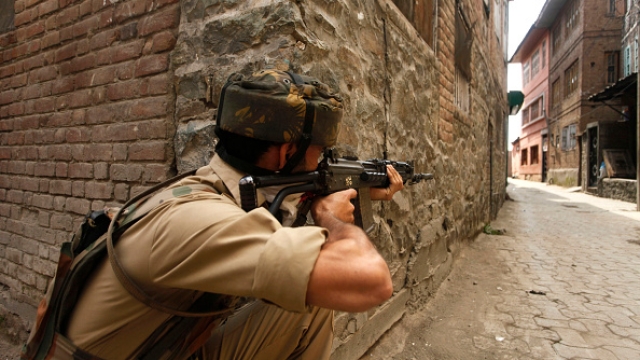 The security forces in the Union Territory (UT) of Jammu and Kashmir (J&K) have gunned down three terrorists in a gunfight which ensued in the outskirts of Srinagar after the terrorists attacked a joint ‘naka’ operated by the J&K Police and the Central Reserve Police Force (CRPF), reports Times of India.

In the gunfight, an assistant sub-inspector of the J&K Police Babu Ram was killed in action.

The attack at the joint naka took place on late Saturday (29 August) night, following which the joint parties of the forces cordoned off the area and launched a search operation during which the terrorists opened fire again. As a result, a full-fledged encounter broke out.

This comes after two other encounters which broke out in the Kashmir Valley’s Shopian and Pulwama districts on Friday and Saturday respectively, in each of which three terrorists were eliminated by the forces. During the Pulwama encounter, an Indian Army soldier had also laid down his life in the life of duty and committed supreme sacrifice.