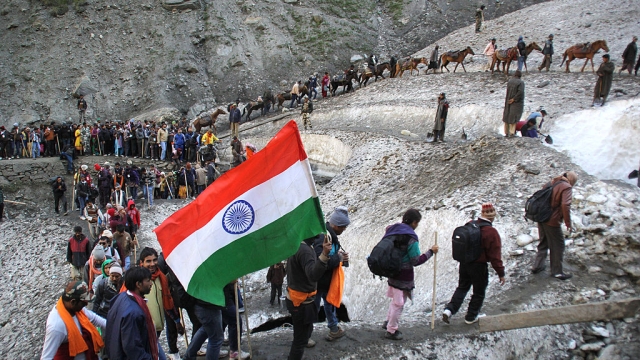 The Jammu and Kashmir Governor Satyapal Malik on Wednesday (29 May) launched the online Yatra registration facility on pilot basis for the pilgrims of this year’s Amarnath Yatra, which is scheduled to begin on 1 July, reports India Today.

The decision to launch the pilot project was taken by the Shri Amarnathji Shrine Board (SASB) at its meeting in March this year. The online registration facility has been developed with the support of National Informatics Centre (NIC).

According to Umang Narula, chief executive officer (CEO) of Shri Amarnath Shrine Board (SASB), the facility will be available to 500 intending pilgrims per day from both routes -- 250 from Pahalgam route and 250 from Baltal route.

As per the report, an official spokesperson informed that the pilgrims, in order to avail the facility, will have to upload compulsory health certificate (CHC) issued by the doctors or hospitals nominated by the state or union territory governments along with a fee of Rs 200 per person.

The 46-day-long yatra will begin on 1 July, the day of Masik Shivratri according to the Hindu calendar and would conclude on 15 August, the day of Shravan Purnima and Raksha Bandhan festival.