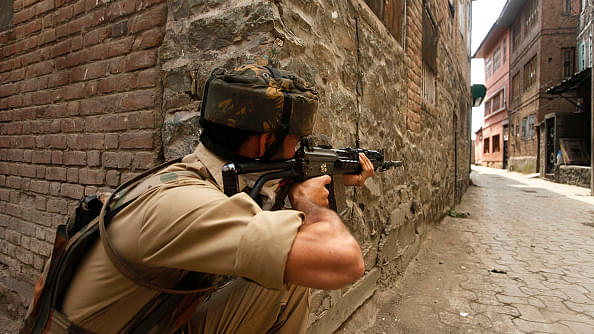 Police said based on a tip-off, a terror funding module of proscribed terror outfit Lashkar-e-Taiba (LeT) was busted and three persons were arrested.

The police said incriminating materials including cash worth Rs 4 lakh have been recovered from their possession.

"As per investigations, the trio were in touch with their handlers in PoK and had received Rs 14 lakh out of which Rs 9 lakh have been distributed by them for financing terror activities in district Bandipora and Kupwara," the police said.

"The said terror module was activated for carrying out terrorist activities in district Bandipora and Kupwara."

The police have filed an FIR and started probing the matter.