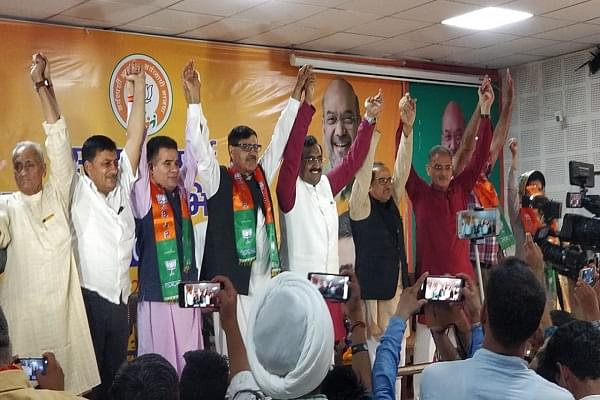 In a major setback to the Indian National Congress (INC) in Jammu and Kashmir, party's senior leader from the state, Iqbal Malik joined the Bharatiya Janata Party (BJP) in the presence of its national secretary Ram Madhav in Jammu on Monday (8 July), reports Asian News International (ANI).

Expressing satisfaction over Malik's decision to join the BJP, Madhav said, "The decision of former Congress leader Iqbal Malik to join BJP is a very wise decision. I welcome everyone who is joining the BJP,"

"This will enhance our strength in Jammu and Kashmir. Together we will lead the party to the victory in the jammu and Kashmir assembly elections," he added.

Taking a dig at the opposition parties, Madhav said that they have created a fear in the minority communities in the country but the BJP is a party which believes in taking forward everyone together and treating all communities as equal.