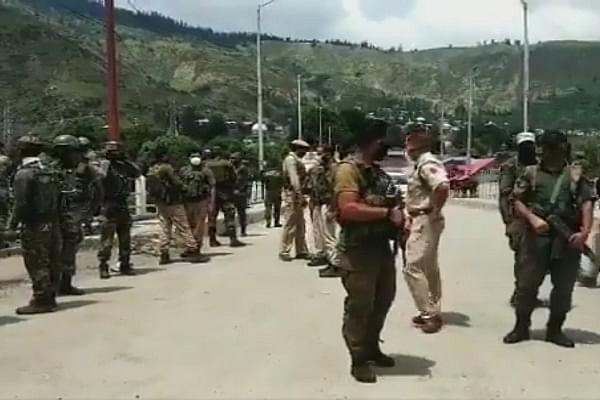 Four CRPF troopers, including a junior officer, and a civilian were injured on Friday (30 July) in a grenade attack by terrorists in Jammu and Kashmir's Baramulla district.

Police said the terrorists attacked a CRPF party in the Khanpora locality of Baramulla town with a grenade today.

"Four CRPF troopers including an assistant sub-inspector and three jawans were injured in this grenade explosion.

"One civilian also received splinter injuries. All the injured have been shifted to hospital for treatment.

The security forces have cordoned off the area and kickstarted search operation to nab the terrorists.

The attack comes in the backdrop of security forces successfully eliminating several terrorists in the past few months.

Earlier on 14 July, the security forces gunned down three terrorists including top Lashkar commander Abu Huraira in an encounter in J&K's Pulwama district.

On 8 July, four terrorists were neutralised by the security forces in two separate encounters in Pulwama and Kulgam district.

Further, a top Hizbul Mujahideen terrorist Mehrazuddin Halwai was also killed by the security forces in an overnight encounter in Handwara in Kashmir's Kupwara district on 7 July.