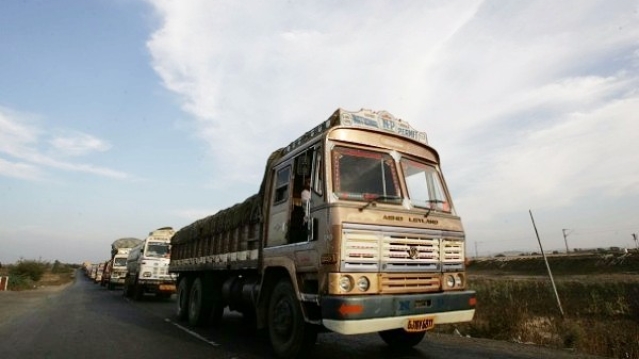 Even as the erstwhile state of Jammu and Kashmir (J&K) is gradually moving back to normalcy, the terrorists on Thursday (24 October) tried to disrupt the peace by killing two non-Kashmiri truck drivers, and injuring another in the Shopian district, reports Indian Express.

The truck drivers, one Mohmmed Illiyas from Alwar, Rajasthan and other whose identity has not been ascertained yet, were in the Valley to ferry loads of apples but had ventured into the interiors of the district without informing the security forces, according to officials.

The terrorists reportedly stopped the three trucks bearing registration number of Haryana, Rajasthan and Punjab and started indiscriminate firing at the drivers who made an unsuccessful attempt to flee the area.

Another truck-driver Jeevan from Hoshiarpur, Punjab was injured in the firing by terrorists.

It should be noted that this is third such incident when non-Kashmiris people have been attacked and killed in the Valley in the last ten days. Earlier on 14 October, a truck driver from Rajasthan had been killed by militants in Kashmir, while just two days later a migrant labourer from Chhattisgarh and a fruit loader from Punjab were shot in Pulwama and Shopian districts respectively.