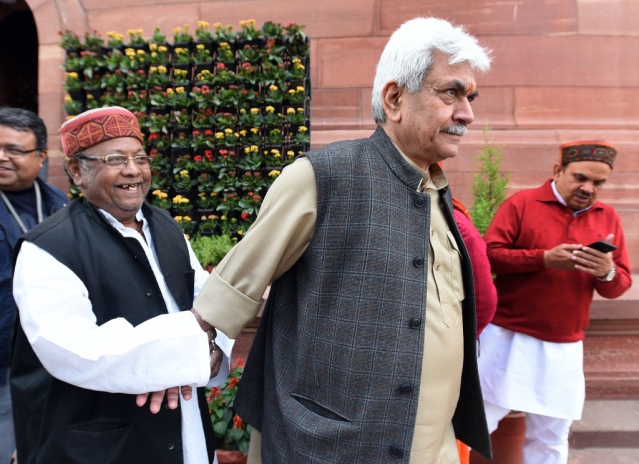 In a positive development, Union Territory (UT) of Jammu and Kashmir (J&K)'s Lieutenant-Governor (L-G) Manoj Sinha yesterday (3 January) announced that in the span of next four years, the UT would transition from a power deficit status to a power surplus one, providing 24-hour power supply to all, reports Times of India.

L-G Sinha made this statement after the signing of several Memorandums of Understanding (MoUs) with the Union Government in the power sector, which would together entail an investment of Rs 35,000 crore in J&K.

The J&K administration and the Union Government have signed the MoUs to begin the work on much-awaited hydropower projects which include 850 MW Ratle and 930 MW Kirthai-II projects. The two also signed MoUs to complete the long-pending 1,856 MW Sawalkot, 240 MW Uri-! (Stage-II), and 258 MW Dulhasti (Stage-II) hydropower projects.

Speaking on the occasion, Union Minister for Power and New & Renewable Energy, Raj Kumar Singh highlighted that the national average supply of electricity in rural areas and urban areas presently stands at 20 and 22-23 hours respectively. He also added that J&K will also reach the milestone if the pace of development is maintained.