J&K: Two Terrorist Recruits Surrender Before The Security Forces After Their Parents Appeal Them To Lay Down Arms 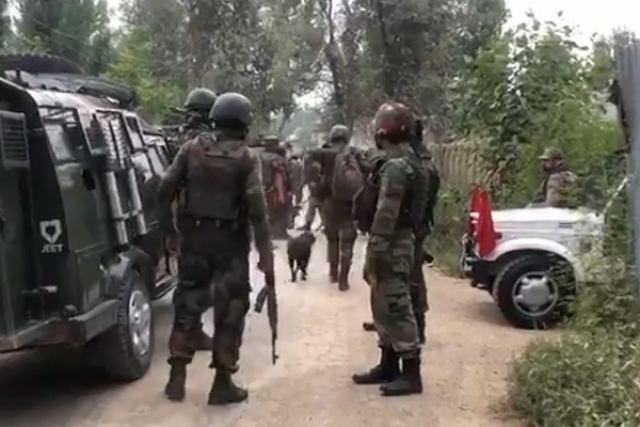 Two newly recruited terrorists have surrendered before the security forces in Kashmir after their parents appealed them to lay down arms, officials said on Thursday (22 October).

After the police received a specific tip-off about the presence of terrorists in Shalpora Tujar Sharief area of Sopore in north Kashmir, a joint cordon and search operation was launched by the police, the army and the CRPF.

According to the police, during the search operation, as the presence of terrorists got ascertained, they were given the opportunity to surrender. The family members of the trapped terrorists were called to the encounter site to persuade them to surrender.

"Due to the great efforts of the security forces and repeated appeals by their family members, the terrorists eventually surrendered before the joint forces. They have been identified as Abid Mushtaq Dar and Mehraj-u-din Dar, both residents of Wadoora Payeen in Bomai area of Sopore," the police said.

"Our full support will be available for the terrorists who lay down their arms and surrender," said IGP Kashmir, Vijay Kumar.

"We always give the terrorists an opportunity to surrender during encounters, as they are our own people," he added.