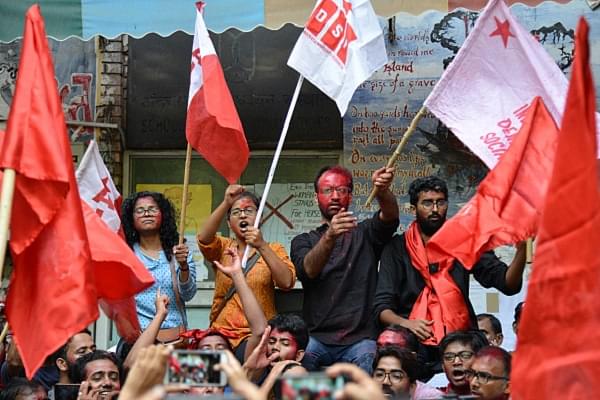 The students of Jawaharlal Nehru University carried on their indefinite hunger strike for the eighth day against the introduction of expensive MBA course at the university.

“We have been sitting on hunger strike; this is the eighth day of our strike against many issues but primarily against the management course which will be inducted from this academic session,” said Sarika Chaudhary, Vice president Jawaharlal Nehru University Students Union (JNUSU).

The course has the highest fees structure that is Rs 12 lakh, reports Hindustan Times.

JNU Vice-Chancellor Mamidala Jagadesh Kumar claimed that a discussion cannot happen when 500 people are standing and shouting at you. It occurs in a peaceful atmosphere.

On 25 March (Monday) evening a significant number of JNU students barged into the residence of the Vice Chancellor and confined his wife inside the house for hours before security staff and others safely rescued her.