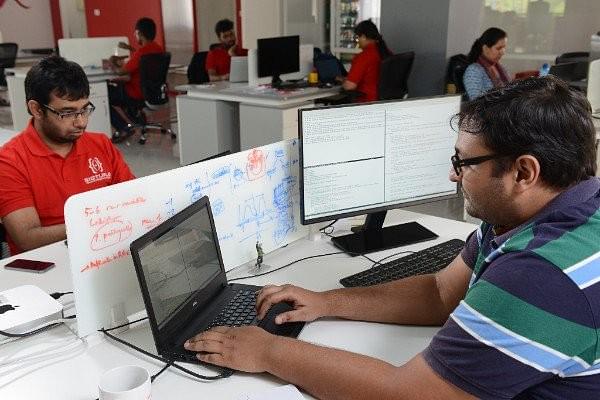 Every one in five Indians is now worried about losing his or her job as the coronavirus pandemic has shut many industries and businesses in India, a new survey warned on Wednesday (15 April).

According to the survey conducted by YouGov, an Internet-based market research and data analytics firm, some Indians worry about the economic impact of the virus such as losing their jobs (20 per cent), getting a pay cut (16 per cent), or not getting a bonus or increment this year (8 per cent).

Early estimates indicate that millions of jobs are at stake in India and urban unemployment rate has soared to 30.9 per cent.

Overall unemployment has already risen to 23.4 per cent.

As people have been staying home for roughly three weeks now, data from YouGov's ongoing COVID-19 tracker shows that fear levels among people have stabilised over time.

There has been a marginal decline in the number of people saying they are very or fairly scared of contracting the virus at 64 per cent, down from 66 per cent last week.

The number of people saying they are not very or not at all scared has also been stable at 27 per cent.

"Fear has notably declined for the oldest generation of Baby Boomers, with 53 per cent now saying they are very or fairly scared as opposed to 61 per cent saying this last week," the data showed.

Although fear levels have stabilised, people do have concerns related to the pandemic, the biggest being the unavailability of essential items, which 37 per cent Indians are worried about.

The survey was conducted on 1,000 respondents in India between 7-10 April.

The data showed that nearly half (47 per cent) have started exercising at home to keep themselves fit and just as many people (46 per cent) are making video calls to friends and family, who in normal times wouldn''t have turned to this form of communication.

Women were more likely to take up this technology as compared to men (50 per cent vs 43 per cent).