Journalists Question Rohingyas In Jammu On Illegal Documents, Get Beaten Up 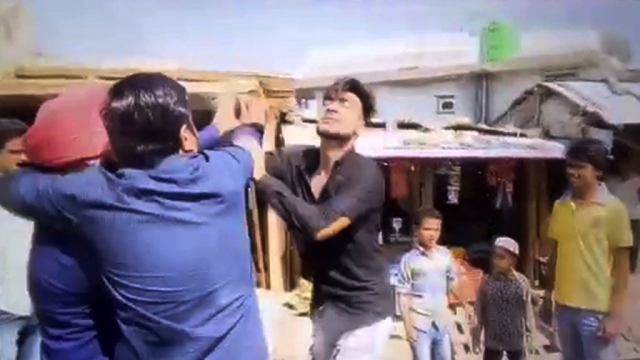 Mediapersons being attacked in Jammu. (Still from a video of the assault)

Last month, Swarajya reported on a well-stocked market in Jammu that is run by illegal Rohingya settlers, raising questions on the resources behind it and the administration's indifference towards it. And now, when journalists associated with two news channels reached the site to question the Rohingyas on how they managed to set up shops that require money and valid documents, they were assaulted and had their equipment broken.

Police have arrested two local youths for the attack, Mohammad Ashraf and Sher Mohammad. As per Choudhary, the youths are sons of landlords who have rented out land to the Rohingyas. He told Swarajya that when the youths were assaulting the media, the Rohingya refugees handed more blows on them by raising slogans “in their language”.

“None of the Rohingyas came to our rescue. They only encouraged the assault. Some of them were speaking in Hindi and complaining about mediapersons routinely harassing them,” said Choudhary.

The activist had recently received a reply under RTI that Jammu tehsil is home to 27 Rohingya families. (The actual figure, however, is estimated to be higher, at around 1,500 including Jammu, Samba, and Kathua districts). What surprised Choudhary was that the list had specified the mobile numbers of all families named. “You need documents like Aadhaar to obtain phone numbers. Does it mean that the administration is openly admitting that they have provided Rohingyas with all those documents?” asked Choudhary.

It was after this reply that the media had reached the market for reporting.

Jandial told a newspaper that they were working on a report on how Rohingyas were getting SIM cards without valid documents. He added that when they were shooting for the report, some people came in a vehicle and attacked them. Video of the attack has been circulated on social media.

Police have registered cases under Sections 341 (wrongful restraint), 323 (causing hurt), 382 (theft after preparation made for causing death, hurt, or restraint ) and 34 (criminal acts done by several persons) of the Indian Penal Code.

The media in Jammu has decided to stage a protest today (14 February).

Also Read: Why Locals In Jammu See Rohingya Settlement As Part Of An ‘Islamist Project’ And Want Them Out