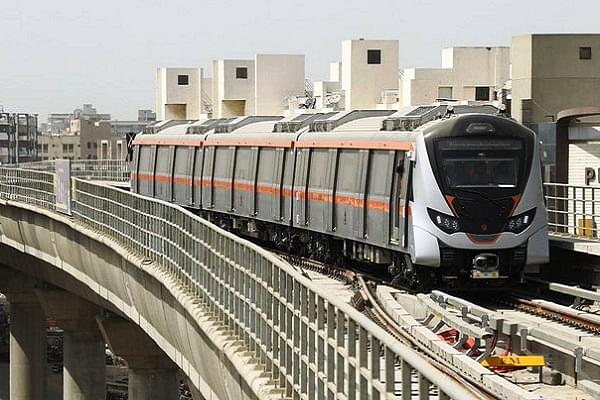 Also travelling in the train were specially abled children with whom PM Modi had a brief interaction.

As reported by Desh Gujarat, the route mainly connects the eastern part of the city and would be opened for regular public use from 6 April. The route would be powered by South Korean made coaches. Each train would be reportedly made up of three coaches.

The foundation stone for Phase-II of the project was also laid by PM Modi. As reported earlier, the second phase would connect Motera to Gandhinagar. It will run along the North-South corridor (APMC-Vasna to Motera). The Akshardham-Motera stretch spans 20.84 km while the GNLU-GIFT City corridor is 5.4 km long.