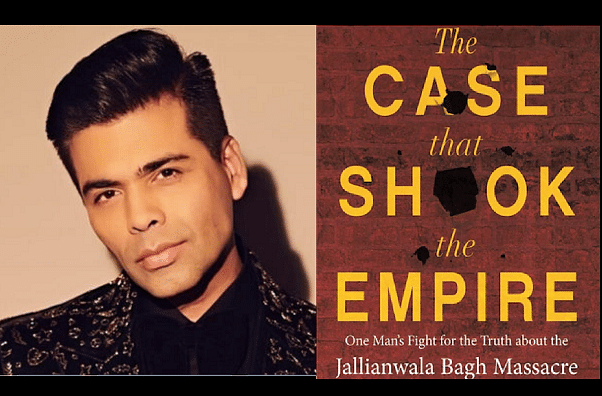 Anand Tewari and Apoorva Mehta will join Johar in producing the film whereas Karan Singh Tyagi will helm the director’s responsibility.

The movie will be based on the renowned courtroom battle between Nair and the British Raj to discover the truth of the Jallianwala Bagh massacre. It will be an adaptation of the book “The Case That Shook The Empire” that was written by Nair’s great-grandson Raghu Palat and his wife Pushpa Palat.

The cast of the film is yet to be decided, as per a report by News18.

Extremely excited and honoured to be bringing the untold story of C. Sankaran Nair, a historic man to the big screens. Directed by @karanstyagi. pic.twitter.com/klJgD1FNZp

Sankaran Nair was the only Indian in the council of the Viceroy but had resigned after the Jallianwala Bagh massacre in 1919. He subsequently left for London to inform the British government of the heinous acts being conducted by their administration.

In his autobiography, Nair had revealed that the then-Viceroy Lord Chelmsford had approved of the massacre in Punjab, which left him shocked.

Simultaneously, the lawyer was at the receiving end of several complaints detailing about the slaughter carried out by General Reginald Dyer and his men on 13th April, 1919, which prompted him to embark on the historic courtroom tussle against the British.