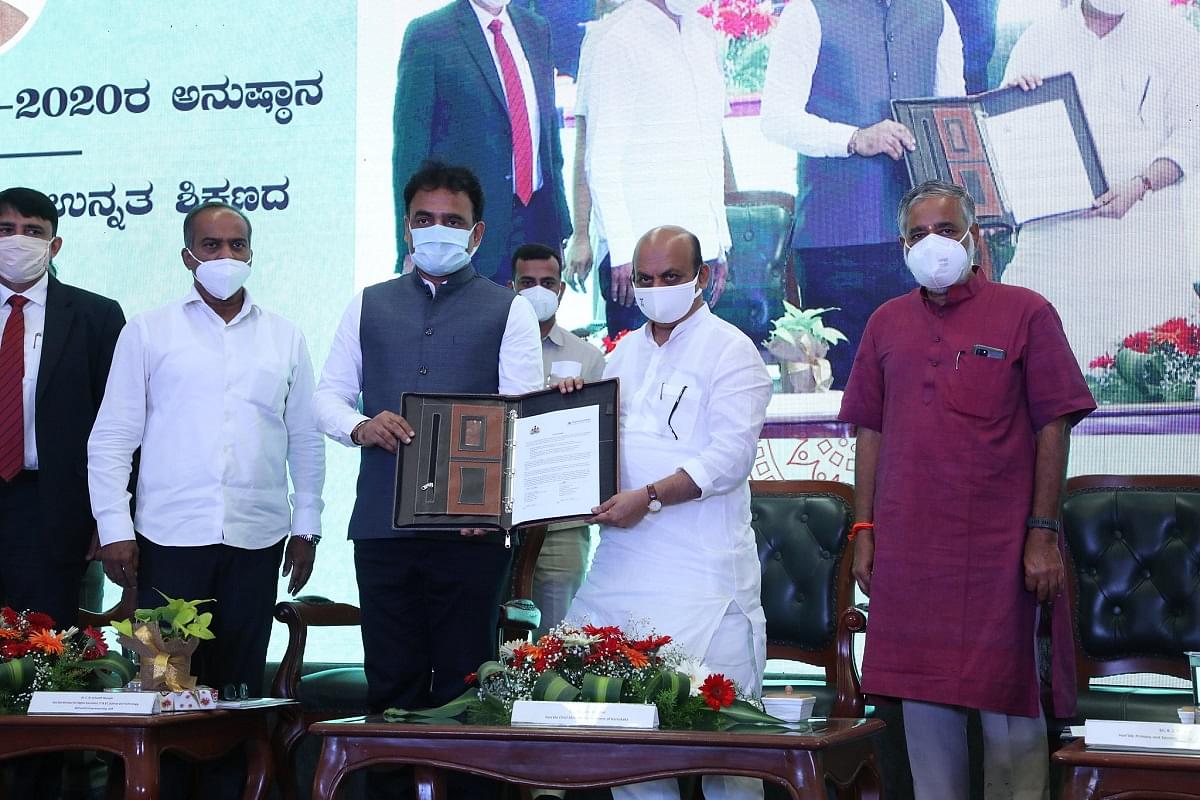 Karnataka has become the first state in the country to implement the National Education Policy (NEP-2020) with Union Education Minister Dharmendra Pradhan virtually launching the policy on Monday (23 August).

Speaking on the occasion, Pradhan said that Karnataka has set an ideal example for the other states of the country pertaining to the implementation of NEP-2020.

Karnataka has taken a lead role in the implementation of NEP, the minister said, adding that India has a large student population which is increasing every year and the real challenge lies in taking the benefits of NEP to all these students.

Speaking during the launch ceremony, Chief Minister Basavaraj Bommai announced that Tablet PCs will be given to those joining first year degree courses this year.

Minister of Higher Education in the Karnataka government, C.N. Ashwath Narayan, said, "The policy (NEP) which has been introduced under the leadership of Prime Minister Narendra Modi has been drafted after wide consultations and considering more than three lakh suggestions. The vice-chancellors of the universities will have to play a crucial role in its effective implementation."

B C Nagesh, Minister of Primary and Secondary Education, also spoke on the occasion.

K Kasturirangan, who was the chairperson of the NEP drafting committee, M K Sridhar and T V Kattimani, who were members of the committee, and Anuraga Behar, member of the implementation committee, were felicitated on the occasion.