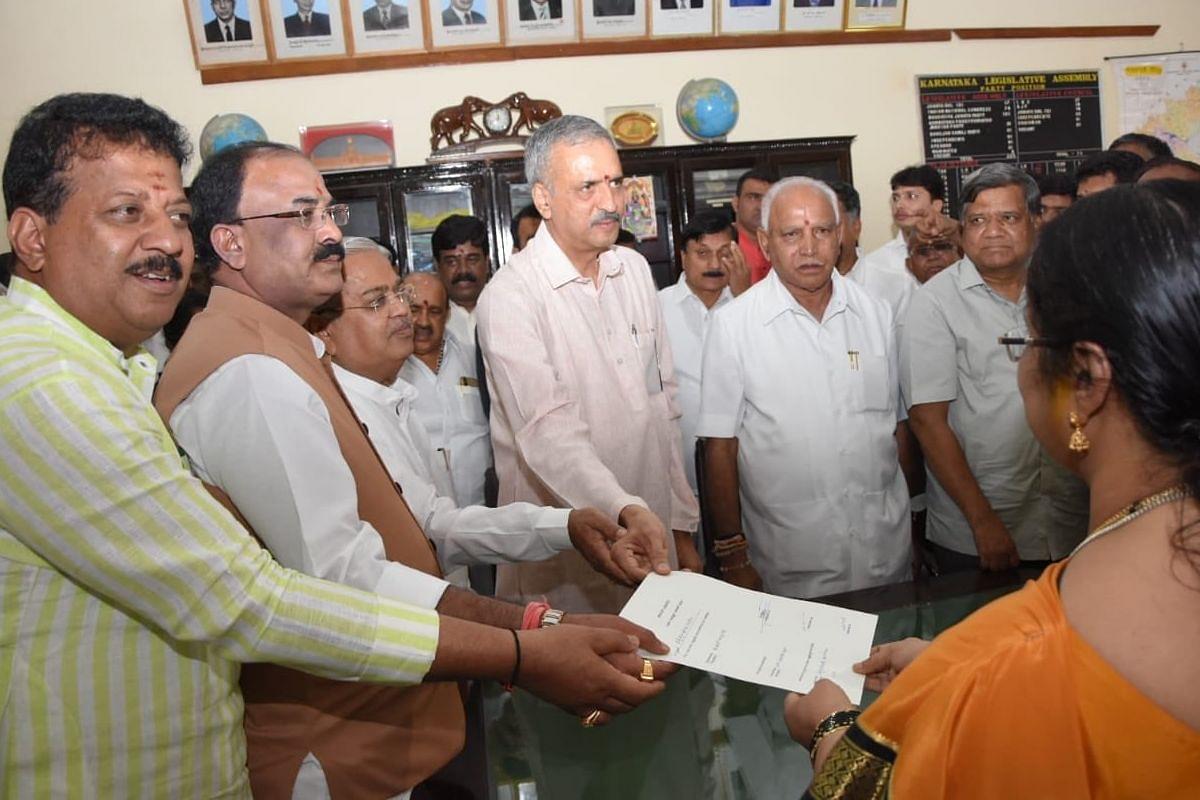 Vishweshwara Hegde Kageri, fourth from left, filing his nomination to the post of the Speaker to the Assembly secretary MK Vishalakshi. CM Yediyurappa and other leaders of BJP accompanied him. (@bjparvind/Twitter)

Bharatiya Janata Party's (BJP) MLA Vishweshwar Hegde Kageri has been elected as the new Speaker of Karnataka assembly as there were no contenders for the post from the opposition.

Kageri, a six-time MLA, filed his nomination for the assembly Speaker post on Tuesday (30 July). He was accompanied by CM Yediyurappa and other senior leaders of the state BJP, reports Hindustan Times.

According to the report, the state BJP wanted to field former speaker KG Bopaiah for the post but due to his unwillingness, the party had to go with Kageri, a senior BJP leader said.

Congress and JD(S) refused to field their candidates as they do not have numbers in the assembly to support their candidate. The BJP has 105 MLAs and the support of one Independent in the House, which has a current strength of 208 after Ramesh Kumar disqualified 17 MLAs last week.