Karnataka CM Clueless On Waiving Off Rs 53,000 Crore Farm Loans, ‘Assurance’ Is All Kumaraswamy Has To Offer 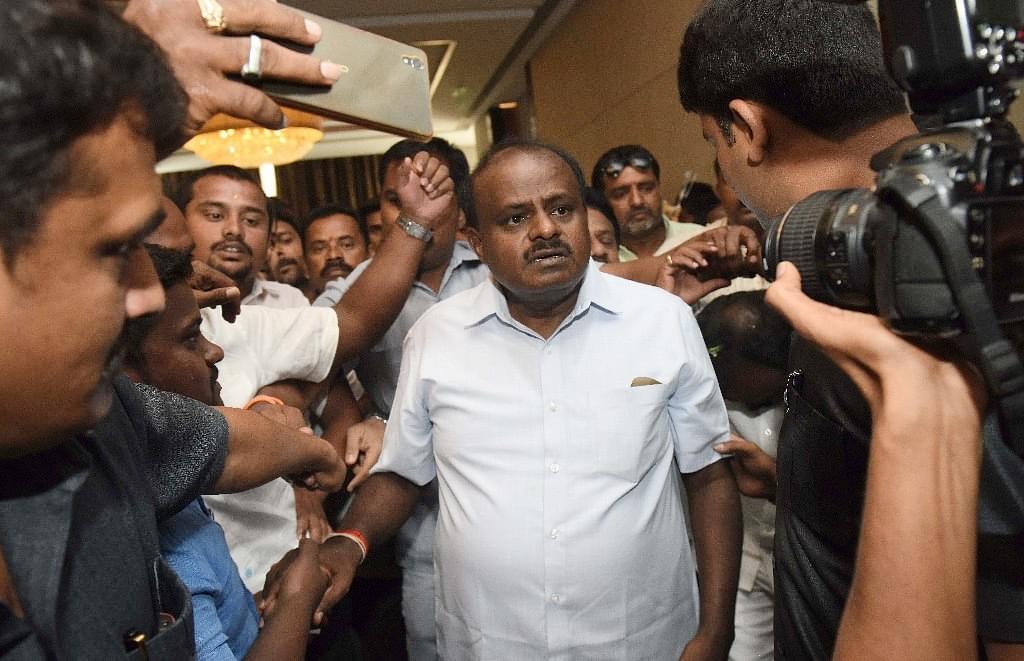 Even as the leader of opposition B S Yeddyurappa is mounting pressure on the state government to do what he announced in his short stint of three days as the Chief Minister (CM), waiving off farm loans, the new CM so far only has an assurance to offer for the state’s distressed farmers.

Dear farmers
Let there be no confusion on farm loan waiver. I am fully committed to the loan waiver. I want to ensure it is done scientifically benefitting maximum farmers. I am working on the the modalities and will announce it shortly.#farmers #farmloanwaiver

CM H D Kumaraswamy had sought 15 days time after being sworn in to waive off farm loans but has only reiterated his assurance as he tweeted that his government is working on the modalities.

I am taking #Farmers into confidence &will go by their suggestions onthe issue. I have directed officials to frame modalities accordingly in 15days.
I assure the decision will be inline with farmers'demands, and I will not do somersault like the former CM @BSYBJP onthe issue.2/n

But the real issue seems to be the modalities within the coalition government that need to be handled. The CM’s party Janata Dal Secular had promised to waive off loans, which amount to a massive Rs 53,000 crore, within 24 hours of coming to power. But that promise has clearly not been kept and the opposition is leaving no stone unturned to remind him of the same.

As reported by OneIndia, the CM had said he would retire from politics if he fails to keep his promise as he asked the state to not “fall prey to BJP’s tactics”. The BJP had earlier called for a state-wide bandh on 28 May in protest over the failure to announce the loan waiver. Following which, the CM met farmers and the opposition leader and promised to act within 15 days.