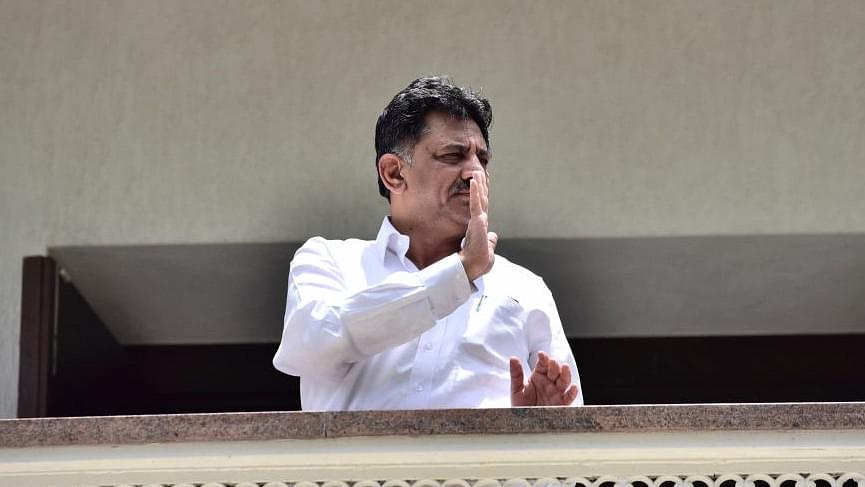 D K Shivakumar during the raids at his residence. (Arijit Sen/Hindustan Times via Getty Images)

Shivakumar and the four others accused in the case were however ordered to deposit a bond of Rs 50,000 each.

Shivakumar, who has declared assets worth over Rs 700 crore, was the richest candidate fielded by the Congress party in the 2018 Karnataka assembly elections. In his election affidavit, Shivakumar and his wife Usha had declared income and assets worth Rs 730 crore.

All the three richest candidates in the recent Karnataka assembly elections   – Priyakrishna, N Nagaraju and DK Shivakumar – belonged to the Congress party.

Income Tax (IT) department had filed a case before the special court after raids conducted on Shivakumar's residence in Sadashivanagar and in other parts of the state and New Delhi led to a seizure of Rs 8.59 crore cash along with a diary and other notes. The raids, that were conducted in August 2017, lasted more than a week.

The others accused in the case include Sachin Narayan, Sunil Kumar Sharma - proprietor of Sharma Travels, Anjaneya Hanumanthaia - a state government employee at Karnataka Bhavan in Delhi and Rajendra, another former state government employee. Narayan is a close business partner of Shivakumar and Sharma owns Sharma Transports, which runs a fleet of luxury and passenger buses.