Karnataka: Innovation-Centric Industrial Clusters To Be Set Up In 9 Districts, Focus On Manufacturing In Rural Areas 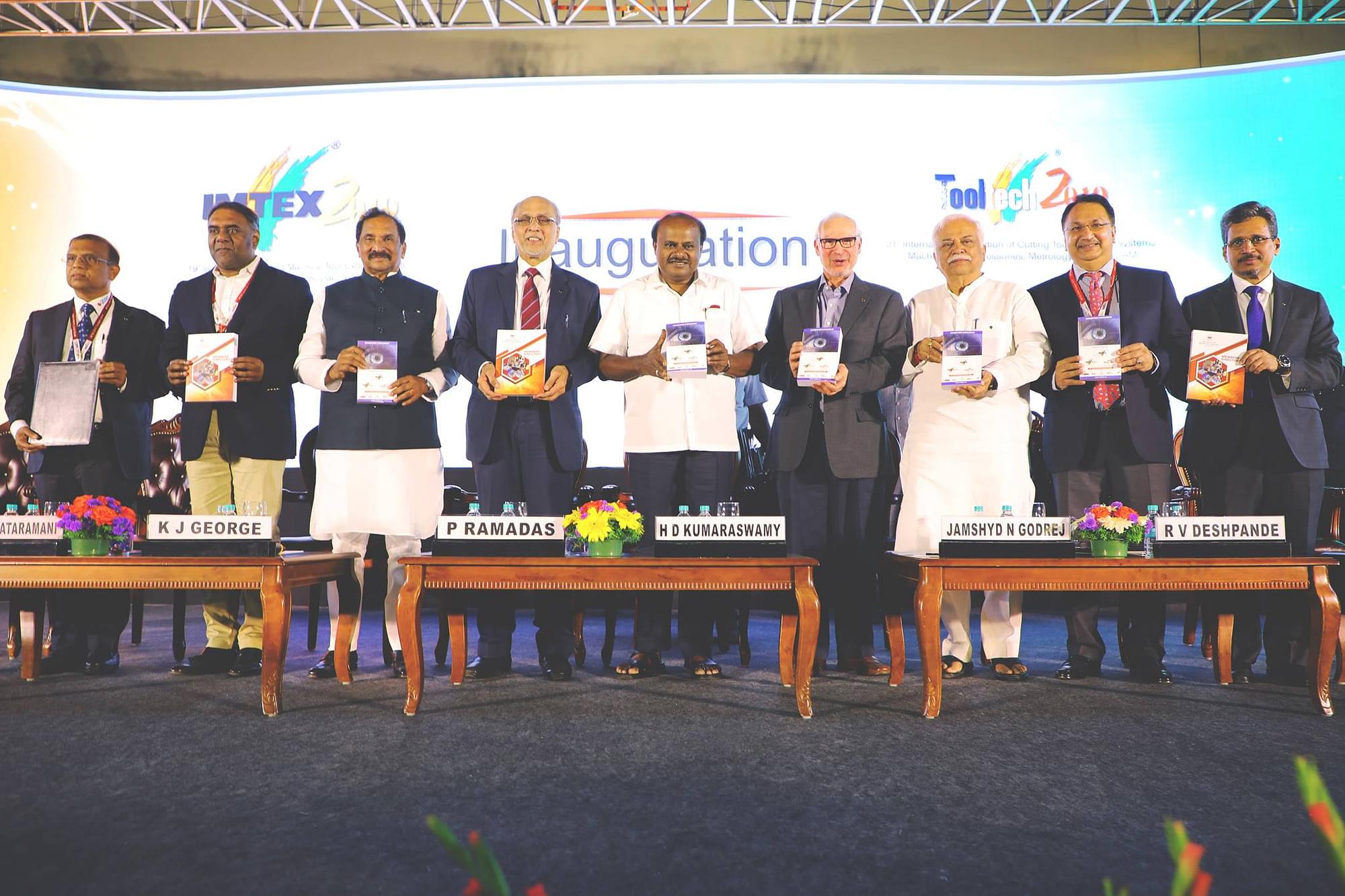 CM Kumaraswamy at the IMTEX Exhibition in Bengaluru (@IMTEX.IndianMachineTooExhibition/Facebook)

The CM was addressing the nineteenth edition of the IMTEX exhibition, and the twenty-first edition of Tooltech organised by the Indian Machine Tool Manufacturer’s Association (IMTMA), stating that apart from the clusters, the government will also be planning to set up manufacture and assembling facilities in smaller cities.

“Karnataka has always been an industry-friendly state and will continue to be so in future. Our government has been striving to make the state an investment destination. The government has begun the process of identifying large swathes of farmland in rural areas to set up industrial units,” he remarked.

Kumaraswamy said that the government wants to expand the vast talent pool in tier-II and tier-III cities and expand the industrial development network.

P Ramadas, the President of IMTMA stated that industry cannot achieve a high level of excellence without the machine tools segment that is powerful.

In his welcome address, Chairman, Exhibitions of IMTMA, Jamshyd N Godrej said, “IMTEX shows industry in a different light and is an expression of showing a new India and what its industry is capable of.”

The Industries Minister K J George said that Karnataka had the lead in many areas such as setting up the world’s largest solar park and launching booster kit for startups. He asked the manufacturing industry to come and establish their business in the state.