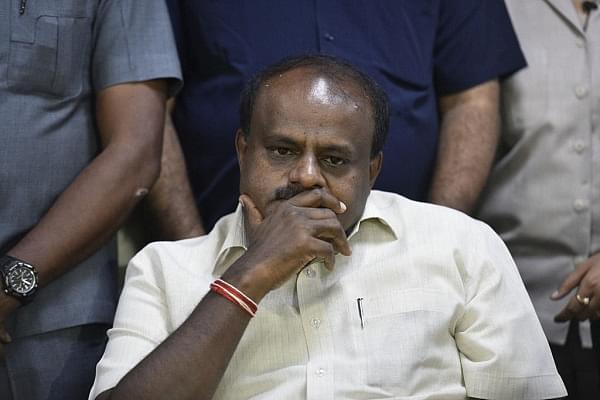 The Vijayanagar MLA said he submitted his resignation to Speaker K R Ramesh Kumar but the speaker of the assembly has since then denied having received the resignation letter.

This resignation could trigger a chain reaction and over six disgruntled Congress and JD(S) MLAs may follow suit in the coming days. This has fuelled speculation over the Congress-JD(S) government falling in the near future.

Some of the MLAs who may resign include Congress' Ramesh Jarkiholi, Mahesh Kumathalli, Pratap Gowda Patil and B C Patil.

Ever since the formation of the Congress-JD(S) government, fault lines have emerged between the two parties which has included Chief Minister Kumaraswamy lamenting over not being allowed to work.

Few days earlier former prime minister H D Deve Gowda lashed out at the Congress and claimed that mid-term elections would "no doubt" be held in the state.