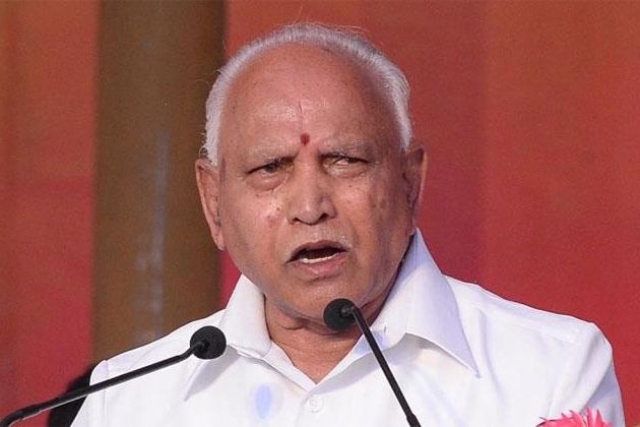 The Chief Minister took part in an elaborate Mangalarati of the chief deity and then Go Pooja (Cow worship), in the temple premises.

"I declare here that not a single cow from today will be allowed to slaughter in the state. This was the people's demand and Karnataka has fulfilled it by this Act," he said after taking part in rituals till late Monday night.

He added that the people should co-operate and respect the Act in toto.

Earlier on Monday, Karnataka released the order effecting the amended Act to come into force.

Here are some of the new amended Act's key features:

The state government will appoint a competent authority - which will not be below the rank of Veterinary Officer, for a local area under this Act. He will be deemed as a public servant. No suit, prosecution or legal proceedings can be instituted against him for exercising powers under this Act.

No person can transport cattle for slaughtering. Transportation only for bonafide agricultural or animal husbandry purposes allowed.

Police officers, not below the rank of sub-inspector, can inspect and seize cattle and materials if they believe an offence is being committed under this Act.

After seizure, a report will be filed with the sub-divisional magistrate, who may release the seized material except cattle, on production of Bank guarantee equal to value estimated by him. He may also sell confiscated premises in a public auction, if he deems so.

The government may deem any court as a special court for speedy disposal of disputes under this Act.

Penalties under this Act:

A convicted person will be sentenced to three-seven years of imprisonment, and or a fine of Rs 50,000 upto Rs 5 lakh. In case of repeat offence, fine will be Rs 1 lakh upto Rs 10 lakh, with the prison term extending upto seven years.

Anyone abetting an accused with an offence will also be punished under the same offence.

All offences are cognizable and an accused's seized cattle and materials will be given to state government upon conviction.

Exceptions to the Act:

Cattle operated on for vaccine lymph, serum or experimental purposes are exempted.

Slaughter of cattle certified by a veterinary officer in the interest of public health exempted.

Cattle which is suffering from disease and is deemed terminally ill is exempted.