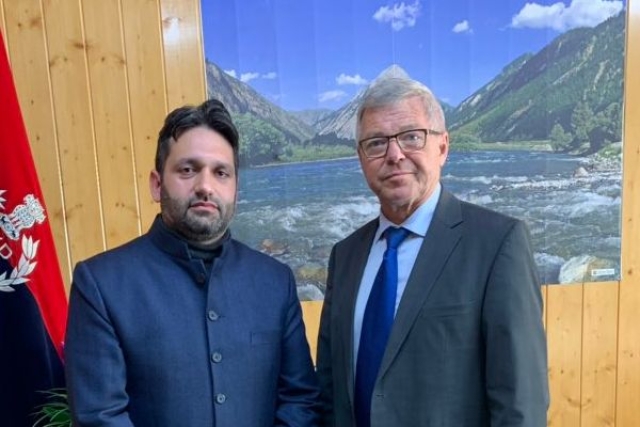 Kjell Magne Bondevik, the former Norwegian prime minister, who negotiated peace between the LTTE rebels and the Sri Lankan government, paid a surprise visit to top separatist leaders in Srinagar on 23 November, reports The Indian Express.

The visit comes days after India and Pakistan decided to develop the Kartarpur corridor.

Bondevik, who is currently heading the Oslo Centre for Peace and Human Rights, was Norway’s prime minister until 2005. The meeting was facilitated at Geelani’s Hyderpora residence by spiritual guru Sri Sri Ravi Shankar’s Art of Living in which Hurriyat leaders Syed Ali Shah Geelani and Mirwaiz Umar Farooq took part.

Reports suggest that this is the first-of-its-kind meeting with foreign leaders. “The visit was possible only after the consent of New Delhi. Sri Sri Ravishankar’s representative accompanied the former Norwegian PM,’’ Mirwaiz was quoted saying.

The primary purpose of his visit, according to Mirwaiz, is to asses the ground situation in Kashmir. The tour, he said, would lead to a “meaningful beginning” between India and Pakistan, at a time when both are considering the opening of the Kartartpur corridor.

The separatists have welcomed the visit of the former Norwegian PM. They have, however, reportedly raised concerns regarding the “killings” in the valley.

A senior police officer, however, told The Sunday Express that they had prior communication about the visit and had clear directions to permit it.

Bondevik also chaired a meeting with the Bar Association and the Kashmir Chamber (of Commerce and Industry) at the Sher-e-Kashmir International Conference Centre.