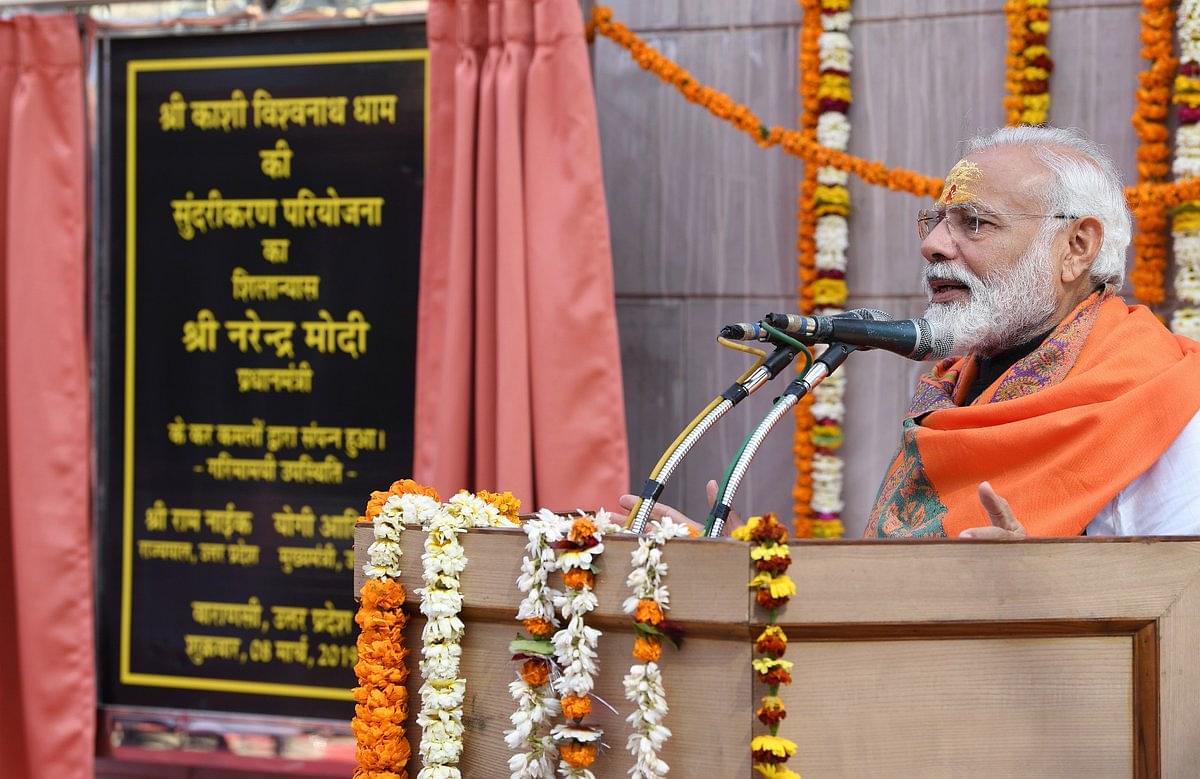 The Prime Minister also outlined that with the construction of this corridor, the temple complex will get direct connectivity with the river Ganga.

"I am told the Mahashivratri celebrations this time were special in Kashi. We are working on projects that will improve facilities for pilgrims in Kashi,” he said, adding that the ancient city is set to get a new identity in the world.

The Kashi Vishwanath temple in the holy city of Varanasi isn’t only a place of spiritual significance for Hindus all over the world , but is also wrapped in folds of tumultuous history of the subcontinent.

The ancient temple mentioned in Puranas braved several assaults of the invaders. The original temple was destroyed by the army of Qutb-ud-din Aibak, commander of Mohammad Ghori in 1194 CE. Hundred years later, the temple was rebuilt by a Gujarati merchant, only to be demolished again either under the rule of Hussain Shah Sharqi (1447-1458) or Sikandar Lodhi (1489-1517).

The temple rebuilt to some extent by Raja Man Singh and Raja Todar Mal during Akbar’s regime was again destroyed in 1669 CE by Aurangzeb, who established a mosque in its place. Known today as Gyaanvapi mosque, the structure dons remains of the erstwhile temple as a testament to the brutal assault on one of the greatest religious sites of Hindus.

The temple was restored in its current form by Maratha queen Devi Ahilyabai Holkar in the year 1780, more than hundred years after its destruction, standing adjacent to the mosque built by Aurangzeb. The temple attracted generous gifts from rulers of the subcontinent. The Raja of Nepal gifted a seven-foot statue of Nandi bull while leader of the Sikh kindom Maharaja Ranjit Singh donated one tonne of gold for plating the temple's dome.