Kashmiri Separatist Ashraf Sehrai Arrested In Srinagar; Terrorist Son Was Eliminated By Forces In May 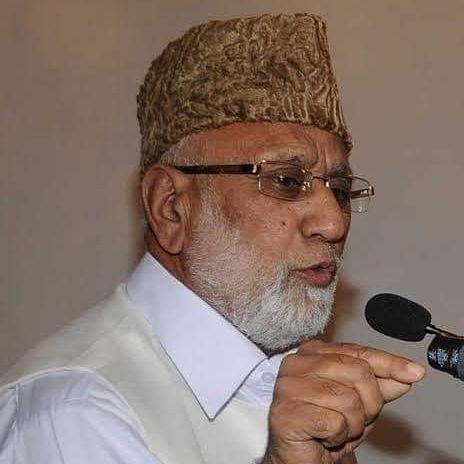 Sehrai, Chairman of Tehreek-e-Hurriyat, was arrested from his house in Barzalla area.

Sehrai had been under house arrest since 5 August last year when the Centre abrogated Article 370 and 35A of the Constitution.

Sehrai's son Junaid had joined terrorist ranks in March 2018. Junaid was killed in an encounter with the security forces in Nawakadal area of old Srinagar city on 19 May this year.

The 90-year-old senior leader of the All Party Hurriyat Conference made this announcement in an audio statement released saying he was ending his association with the group, it was reported.

"In view of the present condition of the forum, I resign from All Parties Hurriyat Conference. I have informed all the constituents of the Hurriyat about the decision," he had said.