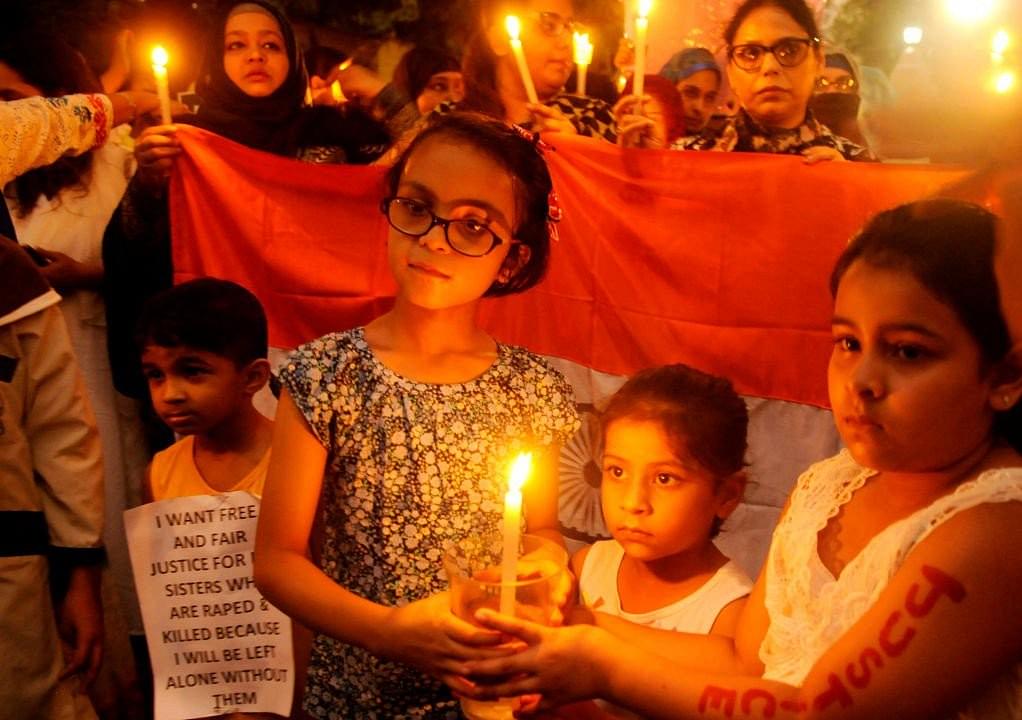 Children took to the streets in Kolkata to protest against the rape and murder of an eight-year-old girl in Kathua. (Samir Jana/Hindustan Times via GettyImages)

With the verdict expected today, the security had been beefed up in the district and around the court. The rape and brutal murder of an eight-year-old girl in Kathua, Jammu and Kashmir (J&K) on 10 January 2018 had rocked the nation, giving rise to massive uproar and demand for justice. In view of the sensitivity attached to the case, a three-tier security force has been deployed in the city, especially around the court.

The chargesheet filed by the J&K police said that the child had been abducted and kept hidden in a temple in a village near Kathua where after four days of repeated drugging and raping, the girl was murdered, and the accused had dumped the body in a nearby forest.

Also read: Kathua Ground Report: Why Villagers Are Not Convinced On Fairness Of Probe