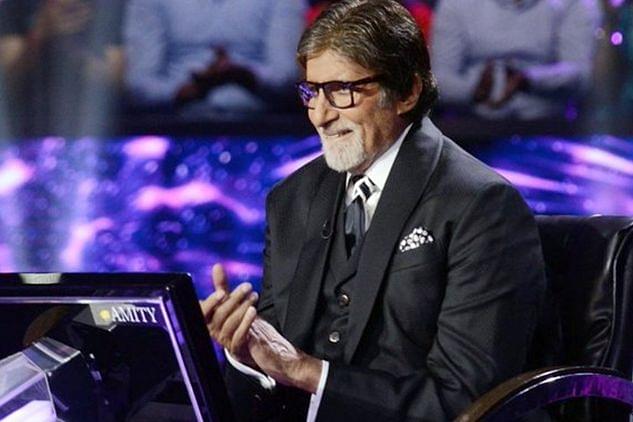 The makers of Kaun Banega Crorepati has been mired up in yet another controversy.

The latest comes after the host of the show Amitabh Bachchan asked a question related to Manusmirti in the Karamveer episode where social activist Bezwada Wilson and actor Anoop Soni had come as guests.

Q: On 25 December 1927, Dr BR Ambedkar and his followers burned copies of which scripture?

The answer to the question is Manusmriti and after stating it, Amitabh Bachchan said (as translated from Hindi), “In 1927, Dr. BR Ambedkar condemned the ancient Hindu text Manusmriti to ideologically justify caste discrimination and untouchability and he also burned copies of it."

The question and the explanation were not liked by netizens, who questioned the motive of show makers for putting up an objective question over such a substantial sociological debate.

A complaint has also been registered against Big B and the show makers for "hurting Hindu sentiments" in Lucknow, reports Zee News.

Filmmaker Vivek Agnihotri took to twitter and stated, "KBC has been hijacked by Commies. Innocent kids, learn this is how culture wars are win. It’s called coding."

KBC has been hijacked by Commies. Innocent kids, learn this is how cultural wars are win. Itâs called coding. pic.twitter.com/uR1dUeUAvH

Another user stated, “This is out of desperation to show BR Ambedkar as anti-Hindu which he was not. They want to divide Hindu community on the basis of caste. They are stripping themselves through these kind Propaganda.”

This is out of desperation to show BR Ambedkar as anti-Hindu which he was not.
They want to divide Hindu community on the basis of caste.

After the incident, there were multiple demands from various users to Boycott the show. One user, however, tried to draw a false equivalence between the demand for boycott of the show and the Paris beheading done by the Islamist radicals in France.

However, one user gave a befitting reply stating that the correct course of action is following legal, constitutional methods for addressing such issues.

What radicals did when they didn't like the cartoon - Beheaded innocent