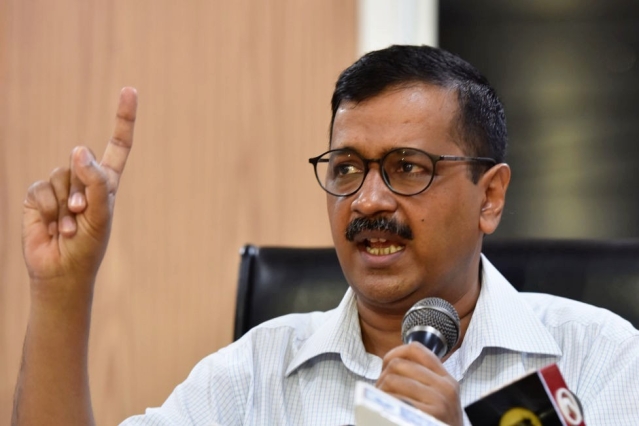 Delhi Chief Minister Arvind Kejriwal Monday (30 September) stirred up a new controversy by criticising people from outside Delhi, especially from Uttar Pradesh and Bihar, for coming to the capital city for medical treatment, India Today reported.

He claimed that Delhi had enough hospitals to treat the population of Delhi but the inflow from other states for cheaper or free medical services was delaying the treatment of locals.

News agency ANI tweeted a video wherein the Delhi CM is heard saying, “One person from Bihar buys a ticket to Delhi for Rs 500, returns after availing free treatment worth Rs 5 lakhs.”

“While it makes us happy as they are people of our own country, but Delhi has its own capacity. How can Delhi serve people of the entire country?” Kejriwal asked.

#WATCH Delhi CM: One person from Bihar buys a ticket to Delhi for Rs 500, returns after availing free treatment worth Rs 5 lakhs. While it makes us happy as they are people of our own country, but Delhi has its own capacity. How can Delhi serve people of entire country? (29.09) pic.twitter.com/qW1hvryPnK

However, he said that other states should also improve their healthcare infrastructure as Delhi was not able to provide healthcare services to the entire nation.

His comments do not seem to have gone down well with several people who have slammed the Aam Aadmi Party (AAP) leader on social media.

Many pointed out that Kejriwal himself has chosen to go to other parts of the country to treat his chronic cough and diabetics. This has included him checking-in into a naturopathy clinic in Bengaluru.

Taking the opportunity at hand, Delhi unit of Bharatiya Janata Party (BJP) condemned his remarks and said that Purvanchalis will teach him a lesson in the upcoming assembly elections. Delhi BJP chief, Manoj Tiwari said the statement reflects the Delhi CM’s dislike for the people from other states who live in Delhi.

“You know that your ground is gone and as for your hate for Purvanchalis, that has come to the fore and very soon people of Delhi will give their answer to you,” Tiwari said, adding that “Don't worry Mr. Kejriwal, these Purvanchalis will only teach you a lesson”.